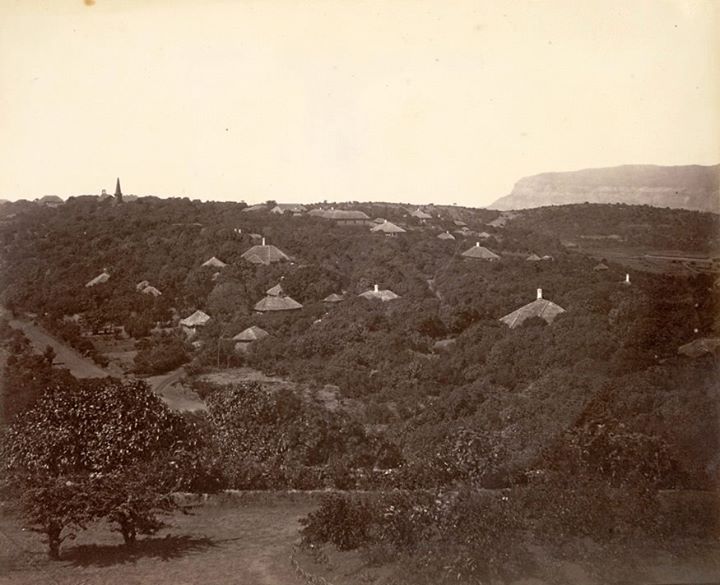 Photograph with scenic vista of Mahabaleshwar in Maharashtra, by an unknown photographer, from an album of 40 prints taken in the 1860s. Mahabaleshwar, at 4500 ft in the Sahyadri hills, is the largest and most popular hill-station in Western India, although subject to extreme weather conditions of deluges, severe drops in temperature and heavy mists. Many rivers of the Deccan draw their source from these hills and the site was sacred to Hindus for centuries. Temples were built around the source of the river Krishna in Old Mahabaleshwar in mediaeval times and it is still a pilgrim centre. In the late 18th century the British developed the town as a resort and the Governor of the Bombay Presidency visited it in summer. The town was a home from home for the English with churches, a polo ground, racecourse, sanatorium and the Mahabaleshwar Club. In the 19th century an open jail was built to house convicts from China and Malaysia who were employed constructing roads, grinding cornflour, cultivating potatoes and the vegetable gardens of the English residents.