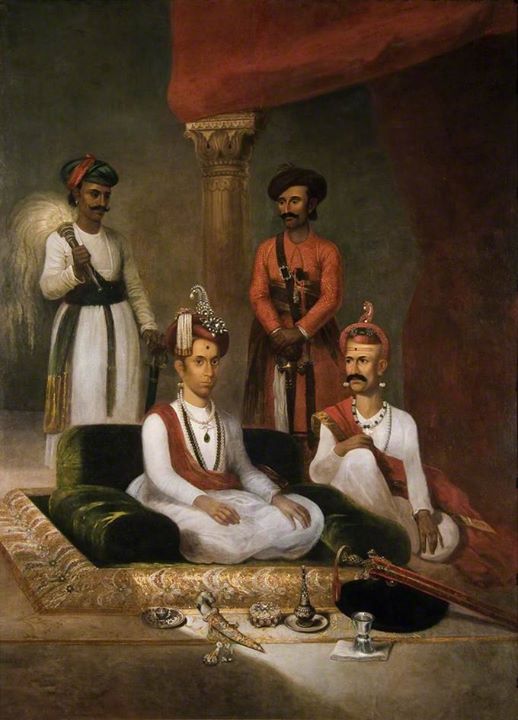 This portrait group was commissioned by the Peshwa shortly after James Wales arrived in Poona, western India, in 1792. Probably through the help of Wales's patron, Sir Charles Warre Malet, who was the British Resident at the Maratha Court, Wales was invited to paint portraits of many members of the court.

He was assisted in this portrait by his friend, the artist and engraver Robert Mabon. They took great pains over the details of the jewellery, weapons, costumes and utensils â€“ something insisted on by the Maratha Chiefs, who requested that these items be highlighted to contribute to an overall grand effect.