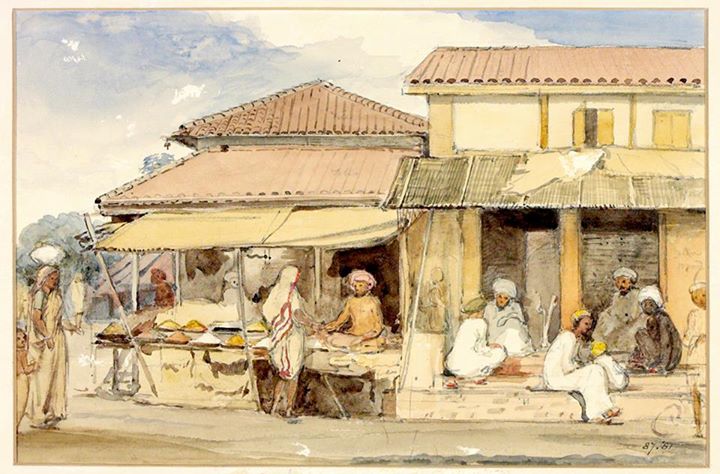 A pan shop and Muslim dealer in piece-goods, India, 1855
Painting by a British artist; William Carpenter

This painting depicts two shops, the one on the left selling paan (a type of digestive made from the betel nut and chewed after meals), the one on the right owned by a Muslim dealer in piece goods (textiles). They are probably located in the Sadr bazaar, Poona (now Pune, Maharashtra state).

Where is Sadr Bazaar in Pune today?

This is either in Camp, Pune, or Bohri Bazaar in the city, on Laxmi Rd. Just Guessing.