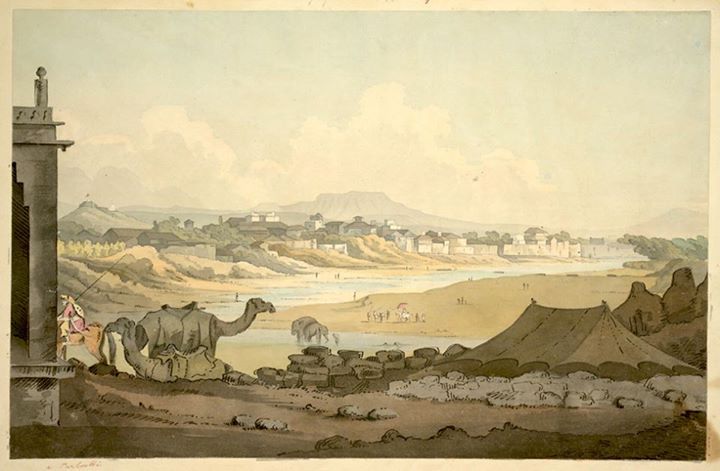 Pune is situated near to the Western Ghats in Maharashtra at the confluence of the Mutha and Mula rivers. It occupies a strategic place on the trade routes between the Deccan and the Arabian Sea and prospered during the early Hindu period. Pune was the capital of the Marathas in the 16th century until they were deposed by the Brahmin Peshwa family who ruled during the 18th century until the arrival of the British. On the top of Parbati Hill is a temple built by Peshwa Balaji Rao in about 1758 which was once the private shrine of the family. Also on the hill there is a Moorish window, where it is alleged Balaji Rao witnessed the defeat of his army at Kirkee in 1817.

Very curious to know of this Moorish Window. Can any one throw some light on it?

That is Sivhagad in the background. The Mulla-Mutha river in the foreground. Probably in summer.