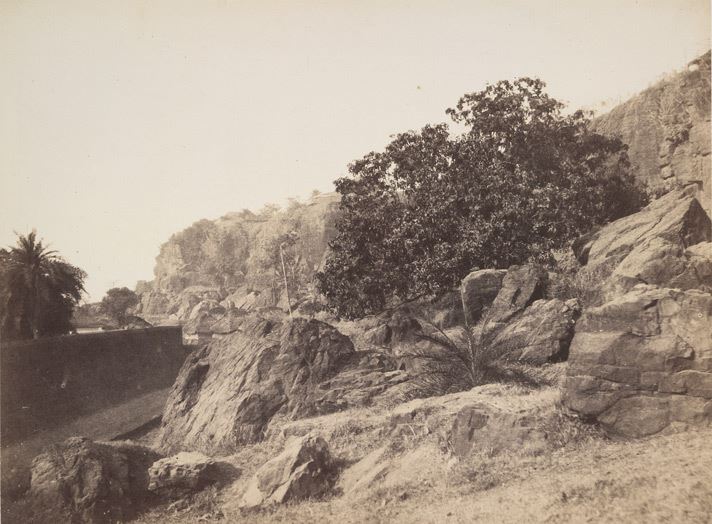 Essay:
Malabar Hill and the Pirates of Malabar
From 'Maddys Ramblings'

A cursory look at the name of one of the costliest bits of real estate in Bombay (nowadays called Mumbai) signifies its relationship to the South West coastal area of Malabar. There is a reason to that, and I thought I would cover that interesting bit of history for the benefit of all, mainly to erase the typical distorted description provided in many a book and website.

They state thus - Bombay became the target of the sea pirates that also included the ones from Kerala’s Malabar Coast. So, in order to ensure the protection from any type of pirates attack near the hill, a lookout tower was founded. It was meant for keeping an eye on the pirates and the sea as well. Later this hill came to be known as ‘Malabar Hill’, which is very popular today.

The Raj Bhavan site says - In times past, the azure skies would forecast plunder as the sails of marauders appeared, the dreaded pirates of Malabar. They would ascend the pinnacle to plan their pillage. This summit by the shores heralded a view of the emerging city. Prophesying their recurring piracy, the peak came to be known as Malabar Point.

Was that right? To figure it out let us go back to the 16th century when the Portuguese attempts at colonizing India were at its peak. It was a period signified by systematic attempts at subduing the traders and trade that had been conducted from Malabar. Starting with Vasco Da Gama’s arrival at Calicut in 1498, the Portuguese strengthened their presence in Cochin, Goa, Surat and Bombay on the west coasts. The only resistance they faced initially was the sea based forays from the Kunhali Marakkar and his able seamen of South Malabar. The Marakkars had until then been running the Malabar trade (mainly food grains) with the blessings of the King of Cochin and the Zamorin of Calicut, but once their livelihood was threatened, they rose up in arms. I must hasten to add here that piracy indeed existed on the Malabar Coast and has many a time been attributed to moors, but it was sporadic, and not organized. Details of such old acts of piracy can be found in the accounts of many a travel writer, including Ibn Batuta and others.

Photograph looking at the eastern part of Malabar Hill, Bombay from 'Views in the island of Bombay' by Charles Scott,1850s. Malabar Hill, the highest point in Bombay, is where the Silhara Kings (r.810-1260) founded the original Walkeshwar Temple. The temple was destroyed by the Portuguese and rebuilt in 1715 by Rama Kamath. By 1860, the temple attracted many people and there were 10 to 20 other temples around it and 50 dharamshalas. Fairs were held near the temple.

Mountstuart Elphinstone built the first Bungalow in Malabar Hill during his governorship from 1818 to 1827. After this many more people built houses here and the area became a posh locality which it still remains.