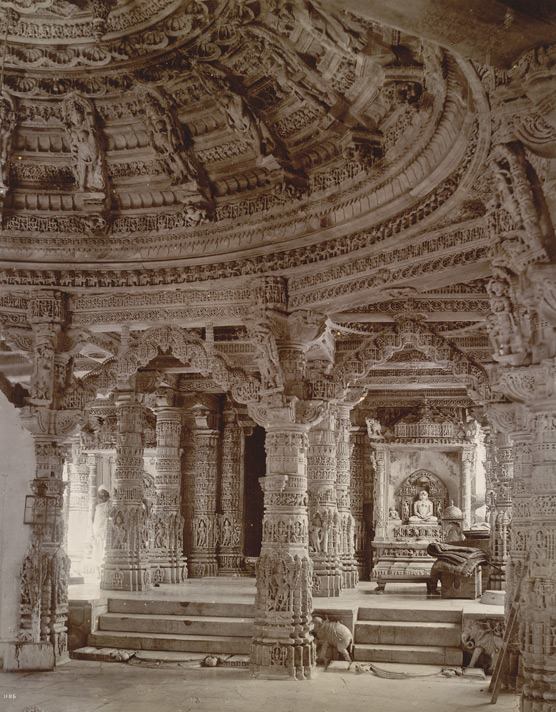 Image:
Photograph of the interior of the Adinatha Temple at Dilwara on Mount Abu, Rajasthan, taken by Lala Deen Dayal in the 1880s, from the Curzon Collection: 'Views of places proposed to be visited by Their Excellencies Lord & Lady Curzon during Autumn Tour 1902'. Mount Abu remains an important pilgrimage site with five principal Jain temples built between the 11th and 15th centuries at Dilwara. The Adinatha or Vimala Vasahi Temple, dedicated to Adinatha, the first Tirthankara (Jain saint), is the oldest. It was founded in 1032 by Vimala, a minister under Bhima I, the Solanki ruler of Gujarat. This view shows the columned hall or mandapa containing the temple shrine with a large corbelled dome in the foreground. The architecture is entirely covered with intricate carvings of figures in niches, friezes and scrollwork.