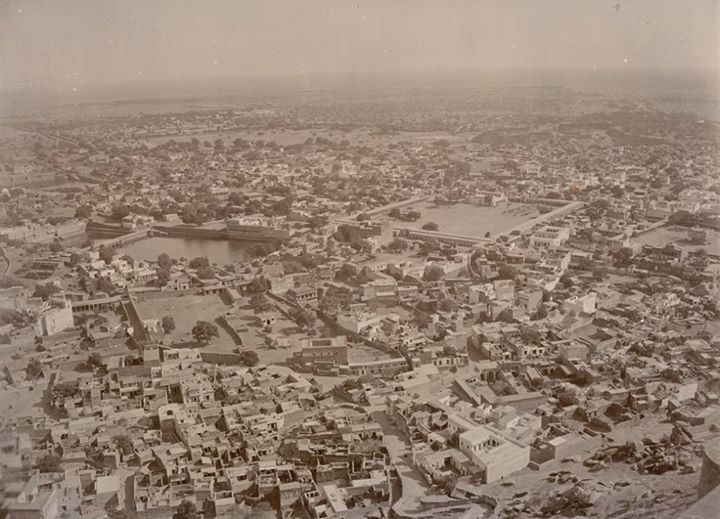 Photograph of Jodhpur in Rajasthan, taken by Lala Deen Dayal in the 1890s, from the Curzon Collection: 'Views of places proposed to be visited by Their Excellencies Lord & Lady Curzon during Autumn Tour 1902'. Lord Curzon served as Viceroy of India between 1899 and 1905. The city of Jodhpur was been the capital of Marwar in western India from the 15th century. It was founded on the edge of the arid Thar Desert by Rao Jodha (r.1458-89) of the Rathor Rajputs in 1459, replacing the previous Marwar capital of Mandor. Jodhpur lies on the Delhi-Gujarat trading route, on a plain surrounding an isolated rock on which stands the Meherangarh Fort. This is a general view of the city from the fort.