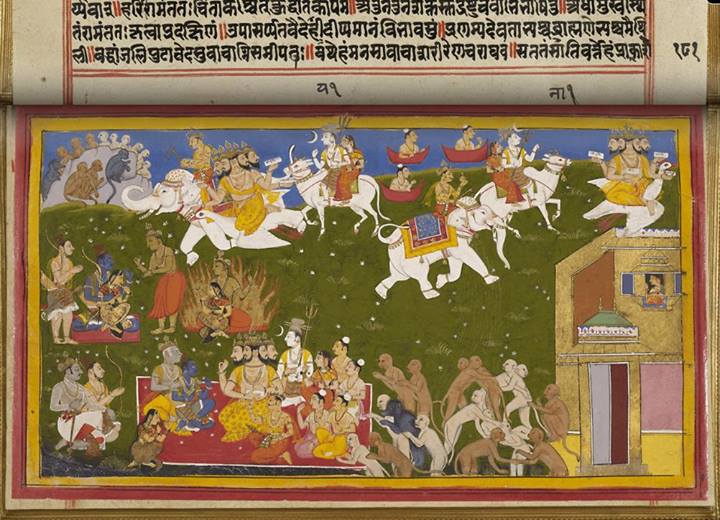 Welcome to one of the world's most beautiful Ramayana manuscripts. The original was prepared for Maharana Jagat Singh, the ruler of the Rajput kingdom of Mewar in Rajasthan, in the middle of the seventeenth century.

Most volumes of the manuscript are now in the British Library. They were presented by Maharana Bhim Singh of Mewar to Colonel James Tod who brought them back to Britain in 1823. Other parts have remained in India, held today in three separate institutions and one private collection.

Digitisation has made it possible for this long-divided manuscript to be brought together again for the first time in almost 200 years. The majority of text pages in the manuscript have been digitised as well as the paintings so that Valmiki’s work can be read in the original Sanskrit.

I bought a copy of this book from an exhibition at the British Library. Beautiful paintings and worth going over many times over!