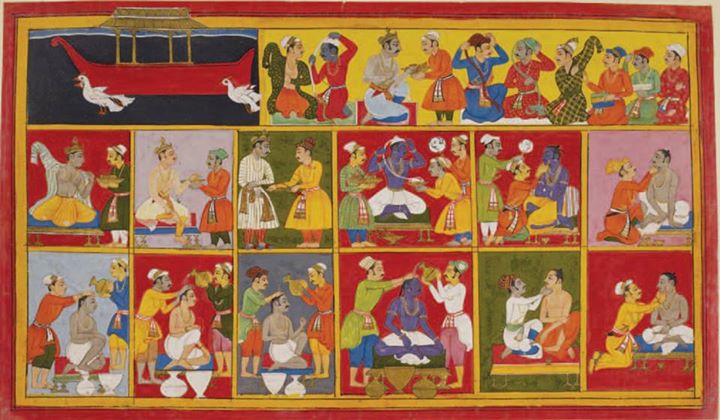 Article:
The Mewar Ramayana at the British Library in London
By Asha Kasbekar

Commissioned by Rana Jagat Singh of Mewar (1628–52), who as a Kshatriya and suryavanshi regarded himself a direct descendent of Lord Rama, the Mewar Ramayana is a collection of over 400 paintings in seven volumes produced between 1649 and 1653. The illustrations are executed in three styles of Mewar paintings. Two of these seven volumes have been identified as the work of the celebrated studio master Sahibdin, the greatest of Mewar artists in the 17th century. The rest of the volumes have been executed by anonymous painters in the relevant Mewar style, except the volume set in the monkey kingdom of Kishkindha, which, not unreasonably, reveals the influence of the Deccan styles as Kishkindha has been identified by scholars with parts of the Deccan.

REMINDERS OF THE GOLDEN ERA OF INDIA. REALLY NICE PAINTINGS.