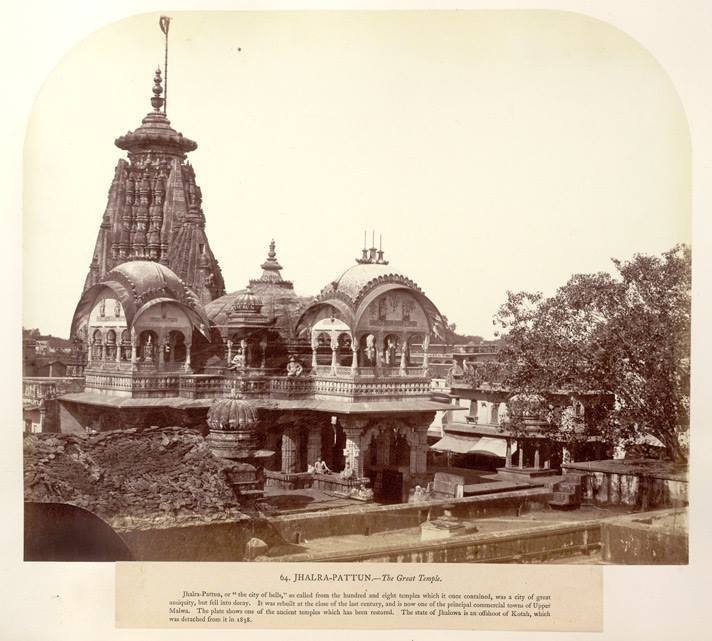 Photograph from an album of 80 albumen prints taken by Eugene Clutterbuck Impey. Modern Jhalrapatan, in the Jhalawar region of Rajasthan, was founded by the side of an artificial lake in 1796, close to an old site, by Zalim Singh the chief of Jhalawar, and became a centre of trade. The ancient site near the town was occupied by the city of Chandrabhaga, said to have been destroyed in the time of Aurangzeb. The finest feature of this site is the temple of Sitaleshwar Mahadeva (ca. 689), an exemplar of the architecture and sculpture of the Jhalawar region. Once, this region was part of the territory of Kotah. In the description of James Fergusson accompanying the image, 'Jhalrapatan, or "the city of bells" so called from the hundred and eight temples which it once contained, was a city of great antiquity, but fell into decay. It was rebuilt at the close of the last century, and is now one of the principal commercial towns of Upper Malwa. The plate shows one of the ancient temples which has been restored. The state of Jhalowa is an offshoot of Kotah, which was detached from it in style.'