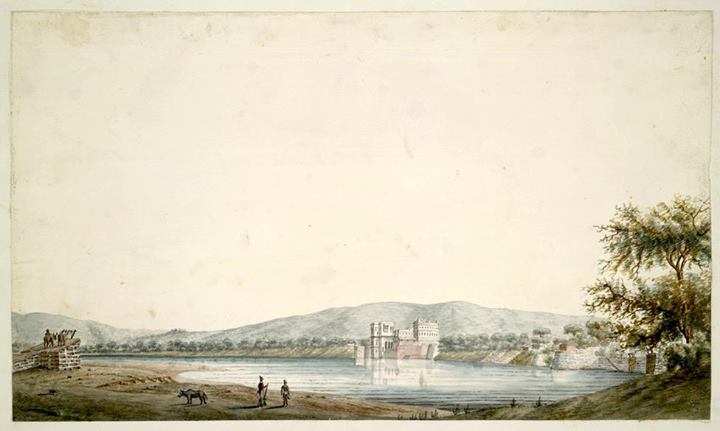 The town and lake at Jhalrapatan (Jhalawar), with a sepoy and peasants working an irrigation system in the foreground - 1818

Watercolour drawing of the town and lake at Jhalrapatan (Jhalawar) in Rajasthan, done by an anonymous artist in c. 1818. Inscribed below: 'A view of the Lake and Town of Jalra Patun. No. 12.'

This work forms part of the Marquess of Hastings collection. He was the Governor-General of Bengal and the Commander-in-Chief from 1813-23. On his many expeditions throughout India he was often accompanied by an artist. In this landscape drawing, done in the calcutta style, a sepoy and peasants are working an irrigation system in the foregound. Jhalawar, now Kotah, is situated on the east bank of the Chambal river and the town can be seen in the distance in this view. In the early 19th century the state flourished under the rule of Zalim Singh.