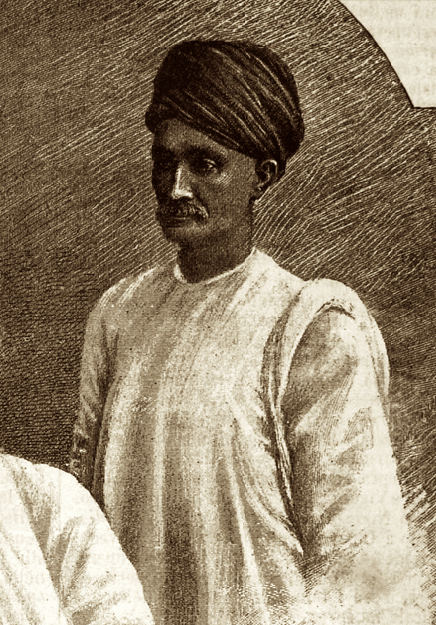 Although it has ‘prehistoric’ roots, such as early studies of fossils or of classical languages and civilizations, archaeology as a modern discipline was born in the latter half of the 19th century. The history of the subject is dominated by the work of European pioneers.

However, interest in the study of the past was a rich tradition in many Asian cultures like the Indian, the Chinese or the Sri Lankan, and by the end of that century Asian scholars had developed their own interests and methods in reading early texts, studying ruined monuments, appreciating ancient works of art and, in general, investigating and interpreting remains of various kinds belonging to earlier times, but from a modern perspective. The recognition of the pioneering contribution of such indigenous efforts to the intellectual history of modern times has often been slow in coming and more restrained than it should have been.

In this context, Virchand Dharamsey’s encyclopaedic survey of the work of Pandit Bhagwanlal Indraji (1839-88), launched on February 10 at the India International Centre in New Delhi, is a landmark contribution to the history of the development of archaeology as a modern discipline. It is an astonishing re-discovery of a pioneering scholar and explorer, who was already a well-known figure in epigraphy and numismatics, but whose multi-disciplinary vision and field-based research activity and originality were hardly known to all but a rare specialist, if any.

Like Newton’s apple, an image that could come to haunt the history of modern historical studies in Asia is the story, legend or fact, of Bhagwanlal Indraji’s first encounter with an ancient inscription. As Dharamsey tells it, while still a schoolboy, Bhagwanlal runs away from home after being punished for neglecting his studies. Sleeping under the stars on a rock on the outskirts of his home city of Junagadh, he wakes up one morning to find that he had been lying on a large inscription in a not unfamiliar but unreadable script: the Girnar inscription of the Mauryan emperor Asoka. Bhagwanlal’s passionate commitment to the unravelling of the past had begun.

In the Sanskrit academy in Junagadh, Bhagwanlal finds copies of two of James Prinsep’s seminal contributions to Indian epigraphy: a facsimile tracing of the very Girnar inscription itself and a paper containing the letters of the ancient Brahmi alphabet. Using these indicators he devises his own method of deciphering early Brahmi and makes numerous new readings. He also discovers the old Nagari numerals and revises previous decipherments of some important Asokan epigraphs.

For nearly a decade and a half Bhagwanlal works as the little acknowledged assistant to the antiquarian Dr. Bhau Daji in the course of which he covers a great deal of archaeological and intellectual territory. After Bhau Daji’s death in 1874, he is able to use this experience as the basis for his own career. Although well recognised in his lifetime and honoured as a pioneer in ‘oriental’ studies, it is only by the efforts of Virchand Dharamsey that the full range, depth and quality of Bhagwanlal’s work has been opened up.