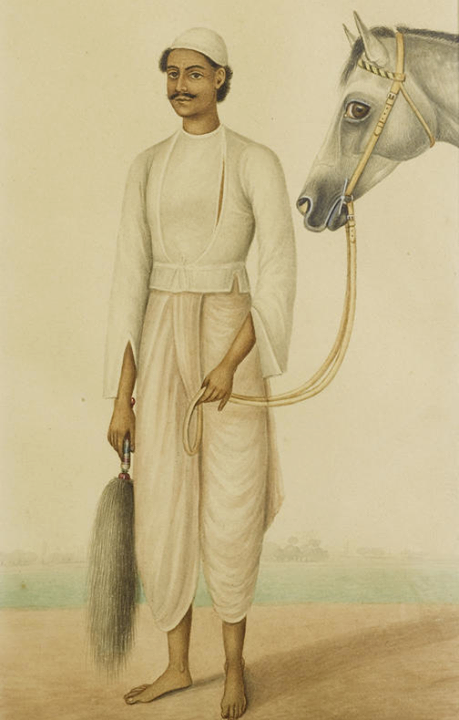 A groom holding a horse's bridle and a chauri, attributed to Shaikh Muhammad Amir of Karraya
Calcutta, circa 1841

Shaikh Muhammad Amir came from Karraya, an outlying district of Calcutta, and began painting for the British there in around 1830, becoming well-known and sought-after for his portrayal of their houses, servants, horses and dogs.