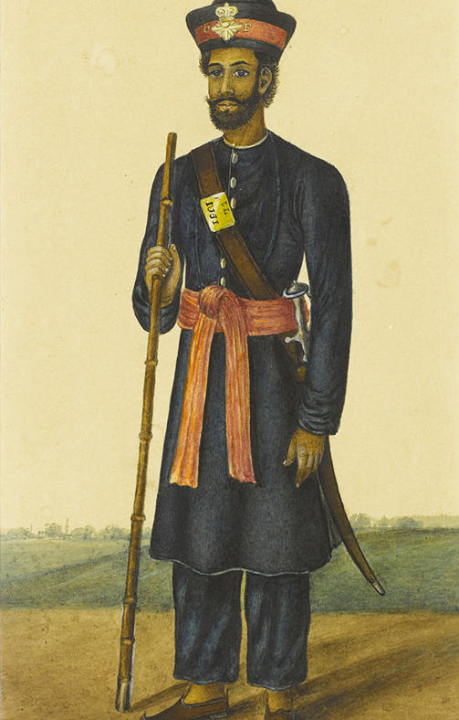 Shaikh Muhammad Amir came from Karraya, an outlying district of Calcutta, and was the best-known artist working for the British in that city. His career began in the 1830s and his watercolours of the grand buildings of Calcutta, its gardens, animals and servants, were popular commissions from his British patrons, capturing well the elegance of the period.