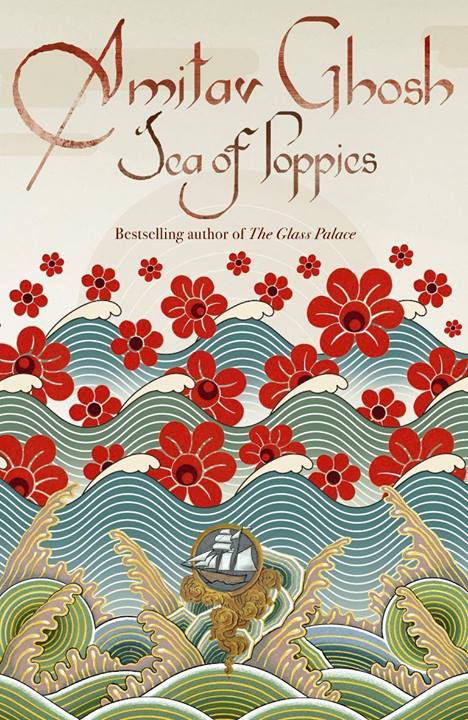 The novel, Sea of Poppies, is first book of the trilogy Ibis and has been written by the Indian author, Amitav Ghosh. The novel deals with life in Calcutta and on the banks of river Ganga preceding the Opium Wars. This novel earned a Man Booker Prize nomination for the author.

The book Sea of Poppies is set in the 1830s earlier to the Opium wars and involves the lives of Deeti who is a common villager, Zachary Reid who is an American sailor, an opium trader Benjamin Bumham, Paulette who is a French orphan, and a zamindar named Neel Rattan Halder.

Amitav Ghosh commences the narrative with Deeti, who is a typical caring housewife and mother who is married to a cripple, Hukam Singh. She soon realizes that she had been drugged with opium on her wedding night so that her husband’s brother could consummate the marriage instead of her infertile husband. When her husband dies, Deeti entrusts her daughter to the care of some relatives and decides to perform the ritual of Sati. But she is saved from it by Kalua, and the pair runs away together. The story then proceeds to look into the lives of Zachary Reid, Neel Rattan Halder, and Benjamin Bumham. All the main characters of the story have an association with opium, and their stories merge when they meet on the ship Ibis.

The author compares the main protagonists of his book to poppy seeds originating in immense numbers, which almost appear like a sea. Ghosh feels that like the poppy seeds, all the characters are unsure of their destiny. Another prominent comparison in the book is between river Ganga with river Nile. Ghosh feels that both the unselfish, ever-providing rivers are responsible for the growth and progress of the civilizations on their banks. He puts forth his philosophy in an enrapturing way in Sea of Poppies, attempting to make it a thought-provoking read.

This is a great book - well worth reading. You will be amazed by what went on in those days. All so England can have its cup of tea!!

Great book indeed. I just finished the volume. I am hurry that the second volume will be available in France.