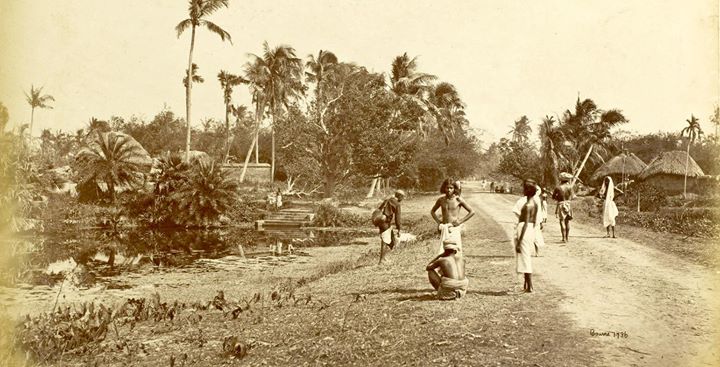 The famine of 1770 was therefore a one year's famine, caused by the general failure of the December harvest in 1769, and intensified by a partial failure of the crops of the previous year and the following spring. In the preceding year, 1768-69, high prices had ruled ; but there had been nothing like famine, nor even a deficiency in the crops sufficient to materially affect the rents.On the other hand, the one year of scarcity was followed by three years of extraordinary abundance, and nature exerted herself to the utmost to repair the damage she had done.

That she failed to do so, the records of the next thirty years mournfully attest. Plenty had indeed returned, but it had returned to a silent and deserted province. Before the end of May 1770, one-third of the population was officially calculated to have disappeared; in June the deaths were returned as six is to sixteen of the whole inhabitants;' and it was estimated that 'one half of the cultivators and payers of revenue will perish with hunger.' During the rains (July to October) the depopulation became so evident that the Government wrote to the Court of Directors in alarm about 'the number of industrious peasants and manufacturers destroyed by the famine.'"But it was not till cultivation commenced, for the following year (1771), that the practical consequences began to be felt. It was then discovered that the remnant of the population would not suffice to till the land. Packet after packet came home, laden with the details of ruin. Indeed, whatever may be the subject of a communication to begin with, it seems irresistibly to slide into the great topic of the day ; and in one of two letters bearing the same date, and both adverting to the depopulation, the Council plainly avow that there has been 'such a mortality and desertion among the ryots, as to deprive the (revenue) farmers of the possibility of receiving the rents’ in arrear. Notwithstanding the abundant crops of 1771, the country continued to fall out of tillage ; and the commissioners appointed in 1772 to visit the various districts, found the finest part of the province 'desolated by famine,''the lands abandoned, and the revenue falling to decay.’ Two years after the dearth Warren Hastings wrote an elaborate report on the state of Bengal. He had made a progress through a large portion of the country, instituting the most searching inquiries by the way, and he deliberately states the loss as 'at least one-third of the inhabitants.' This estimate has been accepted by all official and by the most accurate non-official writers. It represents an aggregate of individual suffering which no European nation has been called upon to contemplate within historic times. Twenty years after the famine the remaining population was estimated at from twenty-four to thirty millions ; and we cannot help arriving at the conclusion, that the failure of a single crop, following a year of scarcity, had within nine months swept away ten millions of human beings.

The question as to who was responsible for their death, is the first idea that suggests itself to an Englishman of the present day : it would have been one of the last to strike either our countrymen or the natives of India at the period of which I write. Until 1772 Bengal was regarded by the British public in the light of a vast warehouse, in which a number of adventurous Englishmen carried on business with great profit and on an enormous scale.

Thanks to Devashish Deb for suggesting this book.

The excerpt you added is an interesting read, thanks for posting.

At the risk of being accused of acute pedantry; this photograph is entitled 'Rustic Scenes & Rural life in Bengal' and was actually taken by Samuel Bourne in 1867, not 1880.

Beautiful... Any idea about the location Hugh Rayner?