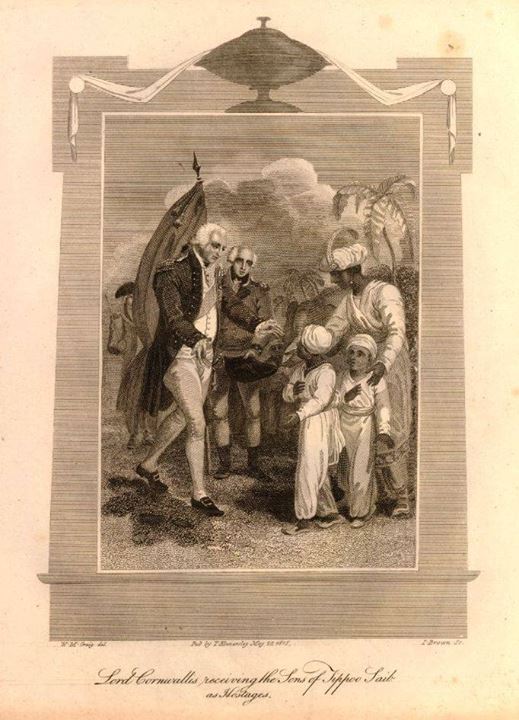 Lord Cornwallis receiving the Sons of Tippoo Saib as Hostages

The General at left, approaching the two scared children of the Sultan at right, as their minder smiles and gestures them forward; in frame with an urn and swag above; after William Marshall Craig, illustration from 'A New History of the Twenty Years War with France'.

1815
Engraving and etching
Print made by: J Brown
After: William Marshall Craig
Published by: T Kinnersley

Result of forceful conversion, rape and murder of Hindus by Tipu.

This painting is in Victoria Memorial Kolkata

Hi Bubun, I am happy of the fact that you are so well read. Somehow, could not find your comment on the Facebook page itself. Thanks Ajoyda Sent from my iPad