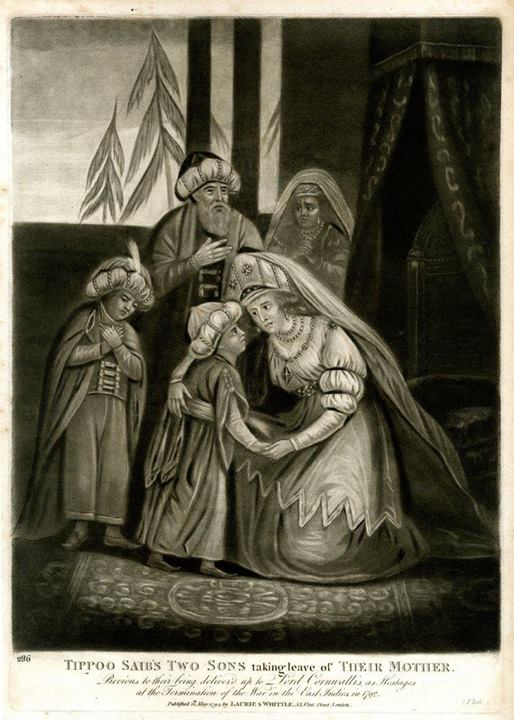 The young sons of Tipu Sultan, about to be delivered to Marquiss Cornwallis, one with his hands crossed over his breast, the other looking up to his mother, as she kneels to take leave of him, holding his hand, an old man and a woman with clasped hands behind to right, all wearing rich Indian dress; state republished 1794.

Not really if you see what Tipu did to the Hindus.