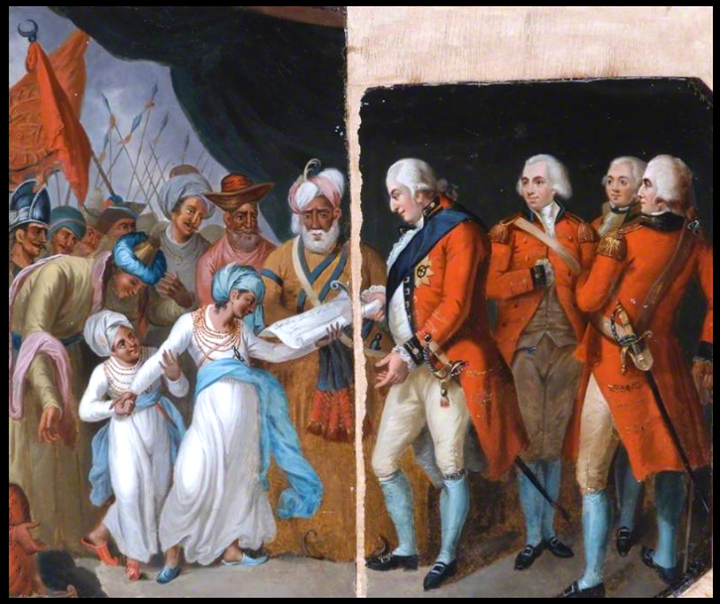 This two-part oil sketch is related to a series of three paintings Mather Brown produced to commemorate the military defeat of Tipu, the sultan of Mysore, by Lord Cornwallis, the British military commander-in-chief, which ended the Third Anglo-Mysore War. Lord Cornwallis had defeated Tipu in May 1791 but the ‘Definitive Treaty’ was not signed until March 1792, at which time two of Tipu’s sons were taken as temporary hostages by the British to ensure compliance with the treaty.

Mather Brown didn’t leave England to record these dramatic events, but based his work on descriptive military reports and his own speculation.

it is said tippoo made the offer to send his kids as hostages against payment in the 3rd war, not hat it reduces the brutality of the episode. on part of the brits it can b said that they gave massivve property including tollygunj club land in cacutta when they took T's sons after the 4th war, that the family promptly squandered n rduced themselves to penury.