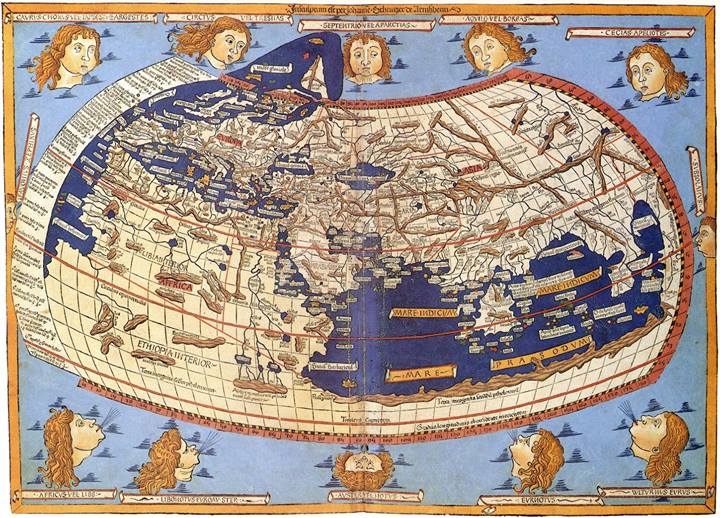 Book Review:
12 Maps That Changed the World
By Uri Friedman

Is there such a thing as a perfect map?

In June 2012, Brian McClendon, an executive at Google, announced that Google Maps and Google Earth were part of a far loftier pursuit than edging out Apple and Facebook in the map services market. Google, McClendon wrote in a blog post, was engaged in nothing less than a "never-ending quest for the perfect map."

"We’ve been building a comprehensive base map of the entire globe—based on public and commercial data, imagery from every level (satellite, aerial and street level) and the collective knowledge of our millions of users," McClendon noted. By strapping cameras to the backs of intrepid hikers, mobilizing users to fact-check map data, and modeling the world in 3D, he added, Google was moving one step closer to mapmaking perfection.

It was the kind of technological triumphalism that Jerry Brotton would likely greet with a knowing smile.

"All cultures have always believed that the map they valorize is real and true and objective and transparent," Brotton, a professor of Renaissance studies at Queen Mary University of London, told me. "All maps are always subjective.... Even today’s online geospatial applications on all your mobile devices and tablets, be they produced by Google or Apple or whoever, are still to some extent subjective maps."

There are, in other words, no perfect maps—just maps that (more-or-less) perfectly capture our understanding of the world at discrete moments in time. In his new book, A History of the World in 12 Maps, Brotton masterfully catalogs the maps that tell us most about pivotal periods in human history.

A 15th-century reconstruction based on Ptolemy's projections of the world (Wikimedia Commons).

i want to be a member of society

We wish that you like our new page: #CODICES ILLUMINATED #MANUSCRIPTS: New Page: http://www.vgesa.com/facsimile-codex-Virgilius-Beatus-Atlas.htm