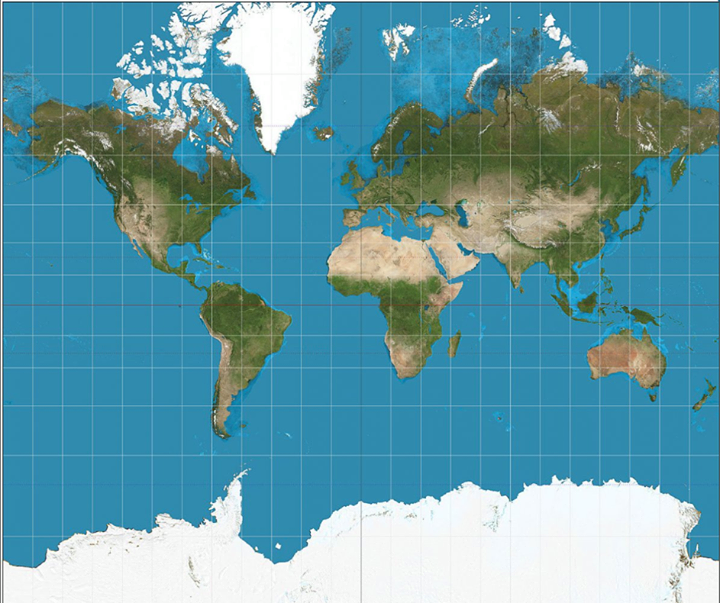 Article:
The Most Popular Map Of The World Is Highly Misleading
By Christina Sternbenz

Because the Earth is roughly spherical, every flat map distorts our planet one way or another.

The most popular version is the Mercator projection, created by Flemish cartographer Gerardus Mercator in 1569. It's been widely used for centuries, including today in various forms by Google Maps and many other online services. This map preserves directional bearing, presenting rhumbs (imaginary lines that cut all meridians at the same angle) as straight lines, thus making it a useful tool for navigation.

Despite its benefits, the Mercator projection drastically distorts the size and shape of objects approaching the poles. This may be the reason people have no idea how big some places really are.

A few major misconceptions based on this map:

- Alaska is nearly as large as the continental U.S.
- Greenland is roughly the same size as Africa.
- Europe (excluding Russia) is only a bit larger than South America.
- Antarctica dwarfs all the continents.

Now, an astute reader may avoid these errors by noting the elongation of latitudes in parts of the map. But to most people, the Mercator projection is highly misleading.