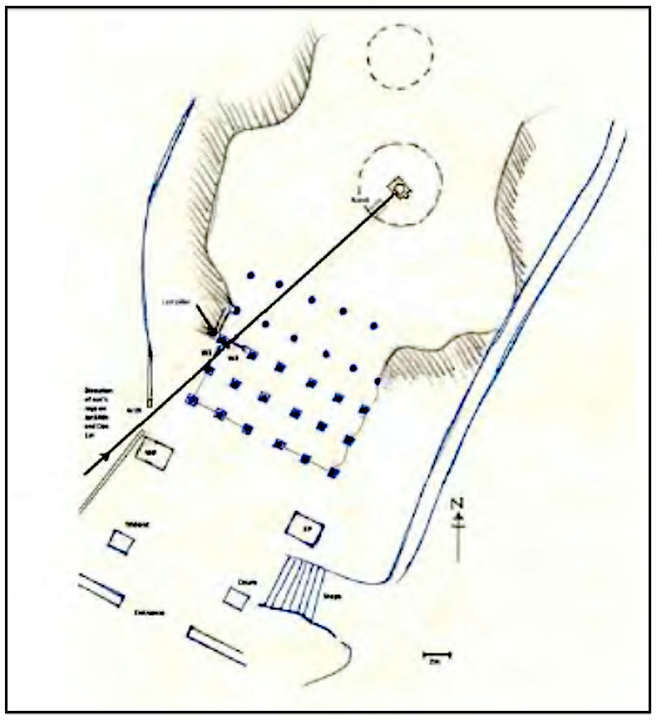 The passage of the setting sun through the cave of Gavi Gangadhareshwara temple on 14th January is well-known. The recurrence of this event on yet another date is established from our observations supported by simple astronomical calculations. Observations extended to other seasons have shown that the two large discs in the courtyard are probably aligned to the summer solstice. The shadow of the bronze pillar coincides with the vertical marking on the disc, a fact which has gone unnoticed all these years. Thus it is a unique temple where marking of both solstices are incorporated. A detailed inspection of an old painting dated 1792 shows that the passage of the sunlight into the cave also was probably intended for marking winter solstice. Subsequent constructions and renovations perhaps have modified it for 14 January (and 30 November). The summer solstice event is now totally forgotten.

True we have to revamp the western education syllabus & add our own vedic scripts for kids.

Delightful read. Thanks for ferreting this out Mr. Yadalam.

Shashi Kolar: How wonderful it would be if more people take interest to research about their local histories and bring about papers like this. In my opinion this should be made mandatory for every Masters in Arts and History student...and the best of them to be put on the internet. This would bring about a greater awareness of history and instil a sense of responsibility on the younger generations to preserve these monuments for posterity.

I wish some one listened to you on this RBSI.

More power to your vision, RBSI!

The 14th of January is of of course the date of the Makara Samkranti is the past 70 years or so/ But the Makara Samkranti was the moment of the Winter Solstive only for en brief period some 1500 years ago. Astronomically speaking the winter solstice occurs on or around the 21st of december. Precession shifts the solstice points through the rasis. The Vedic ritual calendar is one of the great astronomical records of human memory of this process. This temple is fascinating, but if it is aligned to the sun on the 14th of January this alignment might be of a recent date. Does not mean the temple is not ancient. There may be other aspects involved. Astro-Archaeology is notoriouslycomplicated.