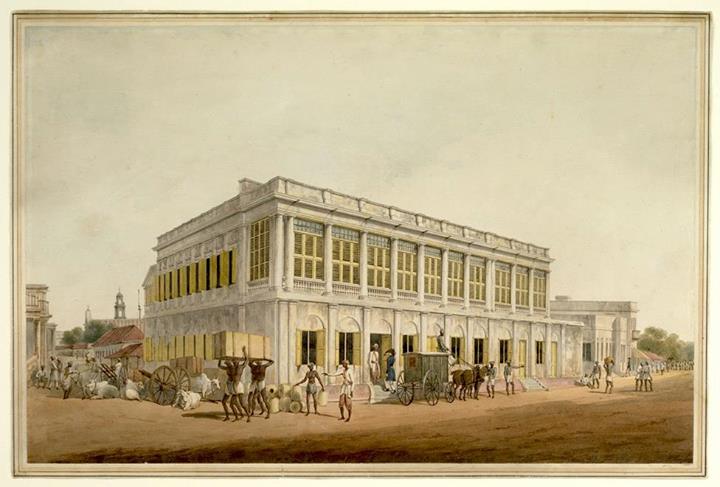 Water-colour drawing of the Merchants' buildings at Chennai (Madras) by John Gantz in 1829. Inscribed on the front in ink is: 'J. Gantz & Son. 1829.' John Gantz, probably of Austrian extraction, was employed as a draftsman and surveyor by the East India Company from about 1800 to 1803, eventually receiving a government pension.

Chennai lies on the Bay of Bengal and was founded in 1639 by the British East India Company. It was the first important English settlement in India and remained the centre of English influence in the East until the rise of Calcutta in the late 18th century. The city was one of India’s major ports and mercantile centres, based around the harbour and George Town, its commercial heart. It has a rich architectural legacy of colonial buildings dating from the 18th and 19th centuries and the classical arcaded style of the office shown in this view is similar to buildings on the harbour front.

This is almost certainly Binny & Co on Armenian Street ....