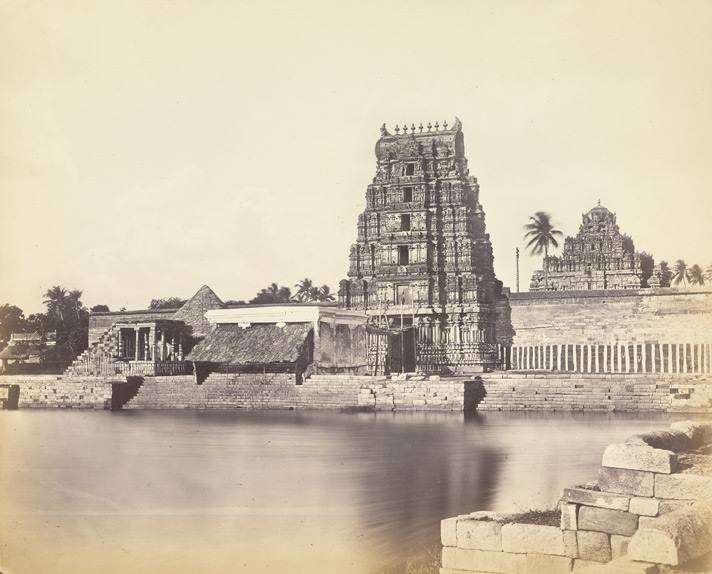 Print from an album of 41 albumen prints by Edmund David Lyon. Lyon wrote, 'About five miles from Tripatoor is situated Tircoostioor, a small village, with a very fine tank in front of the temple, as shown in this view' - 1868.

The Vishnu temple of Tirukkoshtiyur (Tirukkotiyur) is about 10 kms from Tiruppattur and about 70 kms from Madurai in Tamil Nadu. 'Koshti' means 'congregation' and the legend associated with this site relates that it was here that the Devas (gods) congregated to request that Vishnu help rid the world of the powerful demon Hiranyakashippu. This entreaty led to Vishnu's Narasimha (man-lion) avatar when he killed the demon. The temple is also associated with the 11th century Vaishnavite saint Ramanuja, as the place where certain secret mantras were revealed to him.