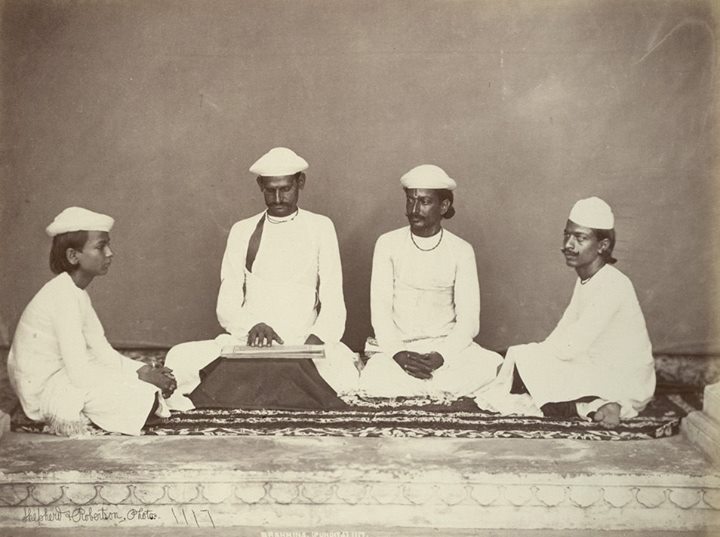 Photograph of Brahmins (Pundits) in Delhi taken by Shepherd and Robertson in c. 1863.

The Brahmins, the priestly caste, were at the head of the caste system in India. This photograph, of a seated group of three men and a youth, is reproduced as illustration no. 200 in volume IV of John Forbes Watson's 'The People of India' (1869). The accompanying text states, "In the present instance a group of four persons is represented. One of these is reading, probably from a sacred book, to a boy who is sitting on his right hand, and is most likely a pupil. The other two men are apparently listening, though the youth on the right of the group may be a scholar also, of a more advanced age than the other."

Brahmins had to tie top garment, no button was used as they were made with animal horn