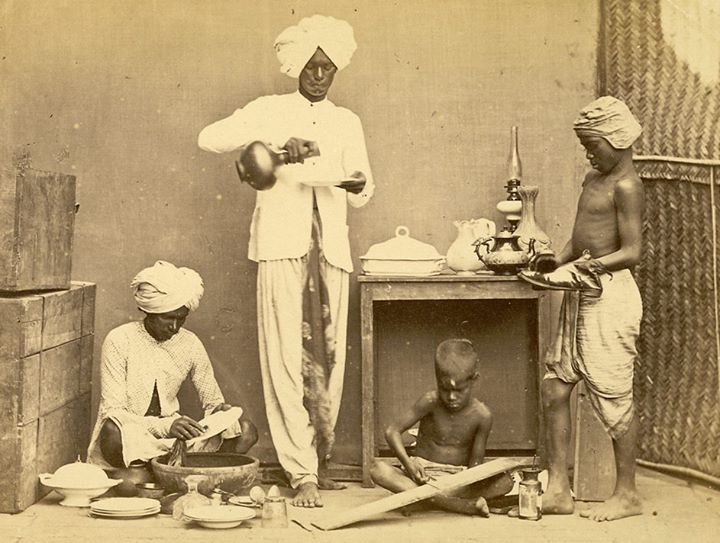 Posed studio group of domestic servants at Madras in Tamil Nadu, taken by Nicholas & Curths in c. 1870, from the Archaeological Survey of India Collections.

After photography was introduced into India in the 1840s it rapidly grew in popularity, particularly as a means to record the vast diversity of people and their dress, manners, trades, customs and religions. The first official attempt to create a comprehensive record of Indian types was the 'The People of India'; an ethnographical survey edited by John Forbes Watson and John William Kaye, and published in eight volumes from 1868 to1875.

This image shows four domestic servants in a European household posed in the act of performing various tasks. It was shown at the Vienna Exhibition of 1873 and is mentioned in Watson's exhibition catalogue.

A treasure mirroring society of the times- indeed a very important project .

Try to figure out what the little boy squatting on the floor's doing...

Is he sharpening the knife ?

You're right Didi...put a little sand on the plank and run the knife up and dwon, honing it to a razor's edge...