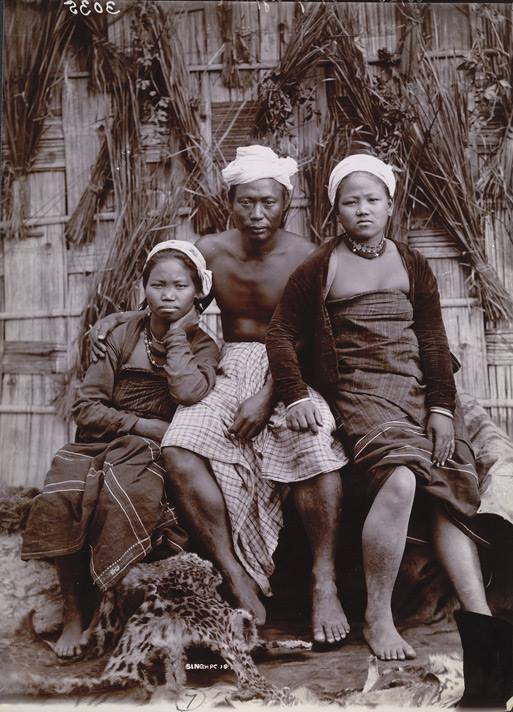 Portrait of three Singpho people by taken by Bourne and Shepherd in the 1890s. The Singpho tribals of Assam are particularly associated with tea cultivation. In 1828, the Scottish trader Robert Bruce met with a chieftain of the tribe and was presented with a beverage brewed with a native plant. Although the East India Company initially discredited his discovery of a new source of tea, the discovery led to the widespread cultivation of the area for plantations from the mid-1830s onwards. This print is one of a series of portrait studies of individuals and groups from Eastern Bengal (modern Bangladesh and Assam). It is possible that they were taken in response to the Government of India's call for photographs representing various ethnic types from across the sub-continent.