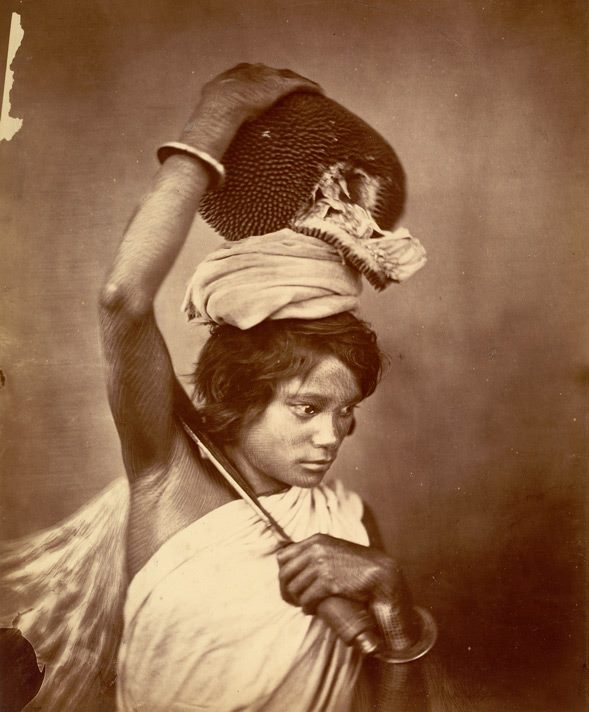 This photograph shows a half-length portrait taken by an unknown photographer in the early 1860s of a Kochh Mandai girl, posed holding a broad-bladed agricultural knife and carrying a newly-harvested jack fruit on her head.

The precise location of this tribe's origin is unknown, though at the time of this photograph they inhabited tracts of jungle to the north of Dacca in Bangladesh. This print is one of a series of portrait studies of individuals and groups which were taken in response to the Government of India's call for photographs representing various ethnic types.

Is that a durian for sure? It looks like a jackfruit.

It is jack fruit indeed. Hence rectified the description.

thanx to see a rare collction