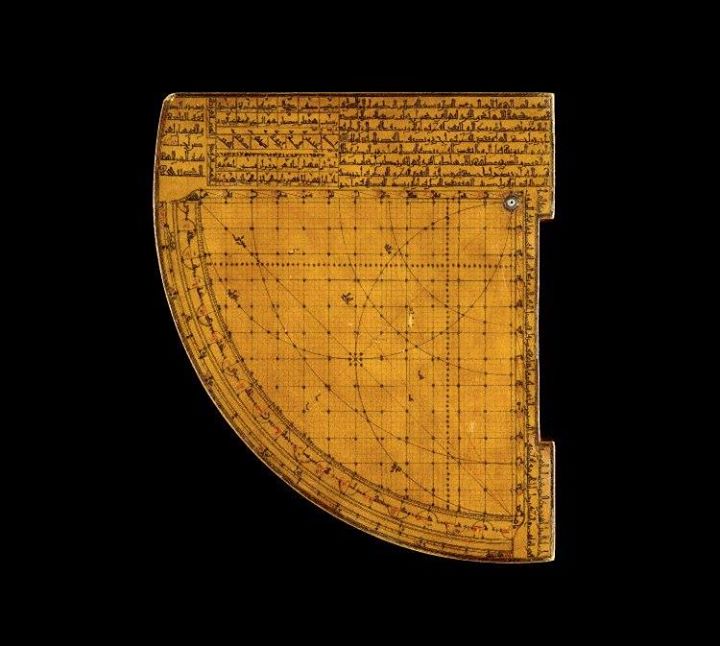 Digital Rare Book:
Elements of the Jewish and Muhammadan Calendars
With rules and tables and explanatory notes on the Julian and Gregorian calendars
By Sherrard Bernard Burnaby
Published by George Bell & Sons, London - 1901

This belongs to a type of astrolabe which an official or merchant might have used in the Ottoman empire in the 18th and 19th centuries. In the small rectangular panel on one side there is a perpetual calendar calculated for the Islamic lunar year. Its earliest date is AH 1308 and it has the idiosyncratically Turkish feature of being calculated for cycles of eight years. Also on this side, there is a second perpetual calendar calculated for the Turkish solar year. The Turks were unique within Islam in adopting a solar year for all their financial transactions while still using the lunar calendar for religious festivals. The name of this financial year was 'maliye'. 'Maliye' calendars were also slightly odd in the fact that they marked leap years one year early and therefore according to these calendars this quadrant was made in AH 1307 whereas according to the Islamic calendar it was made in AH 1308. On the side with the compass there is a correspondence table between four different calendars: the Islamic, the Turkish 'maliye' year, the Christian Coptic and a French Julian, rendered into Ottoman Turkish transcriptions. Each of these is laid out month by month relative to the Arabic names of the months. If one takes the first Arabic month of Nissan, according to the 'maliye' calendar, the month starts five days after Nissan begins whereas according to the French calendar the first day of mars [March] starts twelve days after Nissan, and by calculating astronomically the first point of the sign of Aries begins 23 days after the beginning of Nissan.

Most Ottoman and Arab Astronomers utilized Abu Raihan Al Birunis "Ta'rikh al-Hind, The Mas'udi Canon", or "Zij al-Sindh" by al-Khwarizmi, ibn Ibrahim al-Fazari and Yaqub ibn Tariq under the supervision of Indian astronomer who visited the court of Caliph Al-Mansur in 770.

and I thought it was a design for a gown!