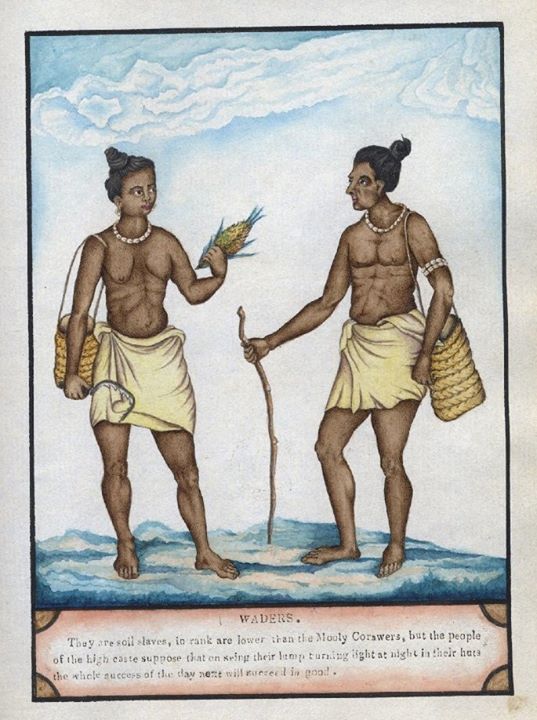 
Image:
Page from an album of sketches of costumes of South India (opaque watercolour with letterpress). Company School, on European paper watermarked Moreley & Saunders 1842 depicting WADERS (Oddes). A bare-chested woman wears a short lower garment, a necklace of cowrie shells, earrings, and her hair tied in a topknot. She carries in her right hand a sickle-like implement with a serrated edge, and a pineapple in her left. The man is similarly dressed, coiffed and adorned. He carries a stick in his right hand. Baskets hang from the shoulders of both. In the background is a distant hilly landscape, and clouds billow in the sky.