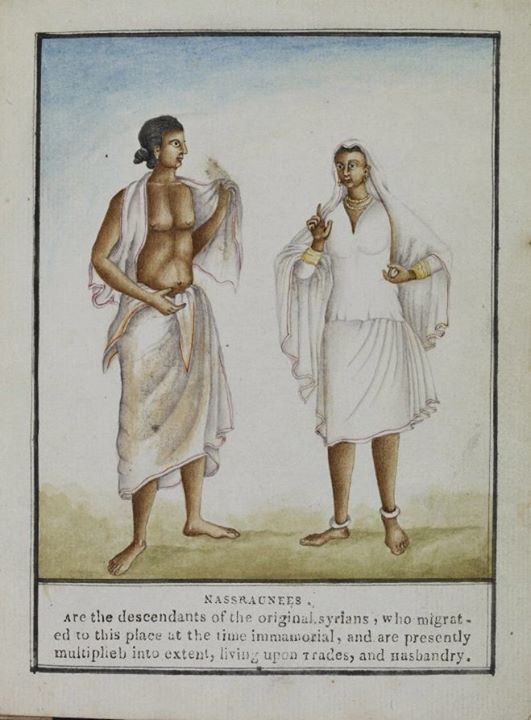 Page from an album of sketches of costumes of South India (opaque watercolour with letterpress). Company School, on European paper watermarked Moreley & Saunders 1842 depicting NASSAURENES (SYRIAN CHRISTIANS). Man and wife are dressed in plain white clothes, offset by a thin red line at the edge. The man’s lower garment is draped in folds on the left hip with an angavastra of the same material over his shoulders. His wife wears a knee-length lower garment draped in the same way as her husband’s, a long sleeved blouse reaching below the waist, a shawl that covers her head and shoulders and silver anklets.