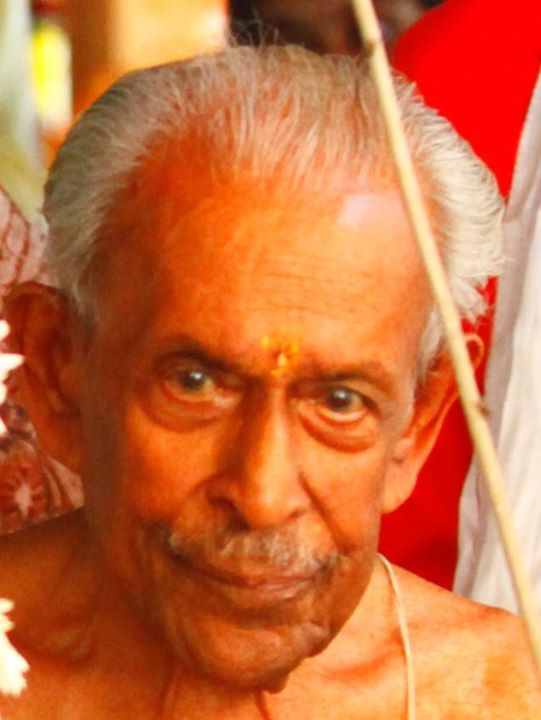 Kerala’s last link with the glamorous era of Maharajahs and princes has been severed. Uthradam Tirunal Marthanda Varma, the head of the erstwhile royal family of Travancore died yesterday in Thiruvananthapuram of cardiac arrest at the grand old age of ninety-one. The news comes days after the passing of the much younger titular Maharajah of Mysore, Srikanta Datta Wodeyar. Both Wodeyar and Varma were popular in their respective states, not least because of their socio-religious relevance in a variety of roles. In Mysore the Maharajah presided over the Dussera celebrations, a principal highlight every year, while in Kerala the late nonagenarian was the custodian of the Sri Padmanabhaswamy Temple, one of the state’s historic shrines, which was recently in the limelight after the ‘discovery’ of billion-dollar treasures in its vaults.

Marthanda Varma was born on the 22 March 1922 to Sethu Parvathi Bayi, the Junior Maharani of Travancore, and her husband Ravi Varma. Under the matrilineal tradition then current in Kerala, it was through his mother that Varma inherited his princely rank. His father was only an aristocrat, exalted as a royal consort. Indeed, a selection of five well-bred noblemen was presented to the young Junior Maharani, who then picked Varma’s father after she was informed of his academic achievements and scholarship in Sanskrit. Varma was the youngest of three children born to this couple, his older siblings being Chithira Tirunal Balarama Varma, the last reigning Maharajah of Travancore, and a sister, Karthika Tirunal Lakshmi Bayi, who died in 2008 and was known as ‘the First Princess’.

The story goes that Marthanda Varma was born on a staircase in the old Sundara Vilasam Palace in Trivandrum Fort, while his mother was on her way down. She went into labour suddenly and the midwives and attendants rushed to deliver the baby right there instead of in a specially prepared, ritually sanctified space in another building nearby. Perhaps his unorthodox arrival was fitting, for Marthanda Varma would never be a ‘real’ Maharajah. Instead it would devolve upon him to watch over the dynasty as it entered the twenty-first century and an age when its relevance had eroded. This drew him even closer to the Sri Padmanabhaswamy Temple and his hereditary rights as the temple’s esteemed steward, which alone kept something of bygone days alive.

Travancore Pious learned Maharaja Shri Padmanabha Dasa Vanchi Pala Maharaja Martanda Varma V -Succession was by matrilineal descent, where wealth, title and ruling powers passed from the incumbent Maharaja to his sister's eldest son. If there were more than one sister, the first born male child of that generation would be the heir, regardless of whether his mother was older or younger than other sisters.

Rip the soul of the king

It is sad to see the royal link of Mysore and Travancore are lost in the same month. End of an era? It's sad.