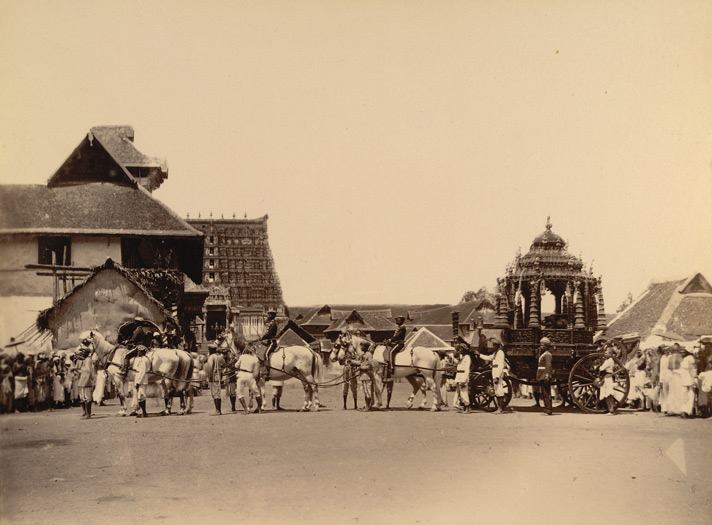 Photograph taken about 1900 by the Government photographer, Zacharias D'Cruz of the Travancore Maharaja's State Carriage in Trivandrum. It is one of 76 prints in an album entitled 'Album of South Indian Views' of the Curzon Collection. George Nathaniel Curzon was Under Secretary of State at the Foreign Office between 1895-98 and Viceroy of India between 1898-1905. It was drawn by a team of six horses. In the background can be seen the gopuram of the Padmanabha Swamy temple.

Chariot in front of Sri Padmanabhaswamy temple in Trivandrum