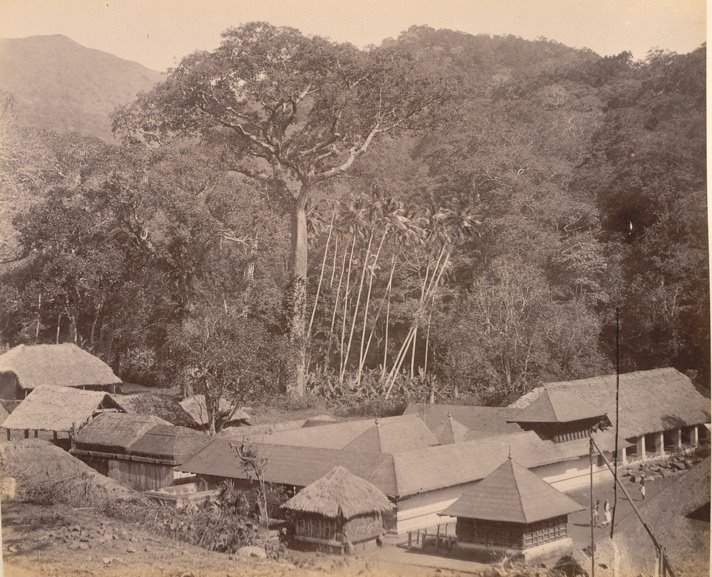 Photograph taken about 1900 by the Government photographer, Zacharias D'Cruz of the Shastha temple, Aryankavu in the erstwhile Travancore State. It is one of 76 prints in an album entitled 'Album of South Indian Views' of the Curzon Collection. George Nathaniel Curzon was Under Secretary of State at the Foreign Office between 1895-98 and Viceroy of India between 1898-1905. The photograph shows a general view looking down onto the temple buildings at Aryankavu, situated a few miles west of Shencottah in Tamilnadu. It is a small village on the ghat section of what was the Travancore railway, overlooking the mountain pass zigzagging from Madura and Tirunelveli to Travancore through the hills and the forests. The temple dedicated to the deity 'Shasta', the guardian of the hills, was very close to the railway station. It is believed that this temple was one fo the five temples dedicated to the same deity and established in the ghats by Parashurama of Hindu mythology, himself.