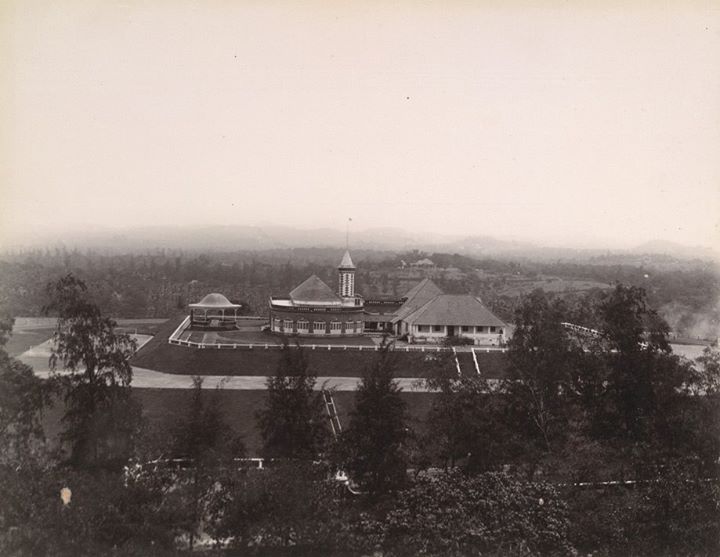 Photograph of the Palace, Trivandrum taken by an unknown photographer in the 1900s. The photograph is from an album containing views of various locations in India, formerly in the collection of Horatio Kitchener, 1st Earl Kitchener of Khartoum and Broome, (1850-1916), who was Commander in Chief of India between 1902 and 1909.

Thiruvananthapuram, also known as Trivandrum is a large city situated on a series of low densely forested hills in the south of India on the edge of the Arabian Sea. From 1750 until 1956 the city was the capital of the kingdom of Travancore until the state of Kerala was created. The name is derived from thiru-anantha-puram or ‘the holy city of Anatha’ which is the coiled snake on which the god Vishnu reclines. The Palace is now used as government offices.

Which palace is this? Pattom? Sreepadom?

Kanakakunnu Palace (''Gilded-heights'') on the Avenue, Trivandrum. It was used for entertaining Europeans (the only one with a Bar at the time) and never used as a residence as such. As with other palaces, this is now controlled by the Government of Kerala--completely ruined needless to say-- and blighted entirely by recent developments around.

A bit of trivia: The late Maharajah and his elder brother, the then Ruler, used to play Badminton every evening with the Chief Secretary at the time whose residence was across the road.