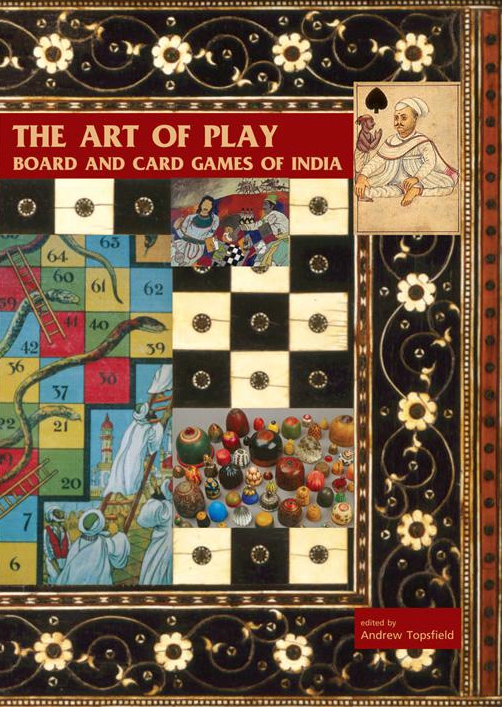 New Book:
The Art of Play Board and Card Games of India
By Andrew Topsfield
Publisher: Marg Publications

It is not commonly known that several of the world's most popular board games were conceived in the Indian subcontinent, including Ludo (chaupar or pachisi), Snakes and Ladders, and not least Chess, the greatest and most universal board game of all.

No single volume has ever appeared providing a written and visual introduction to the history of Indian games. The present book offers a lavishly illustrated initial survey of the games of India.

Andrew Topsfield is Senior Assistant Keeper at the Ashmolean Museum, Oxford. He became interested in Indian games in the 1980s while working at the Victoria and Albert Museum, London.


Buy this book at Flipkart:

abridged version of the book appears in Marg magazine of the same year. search it out. may get it on marg website. it costs approx rs 250