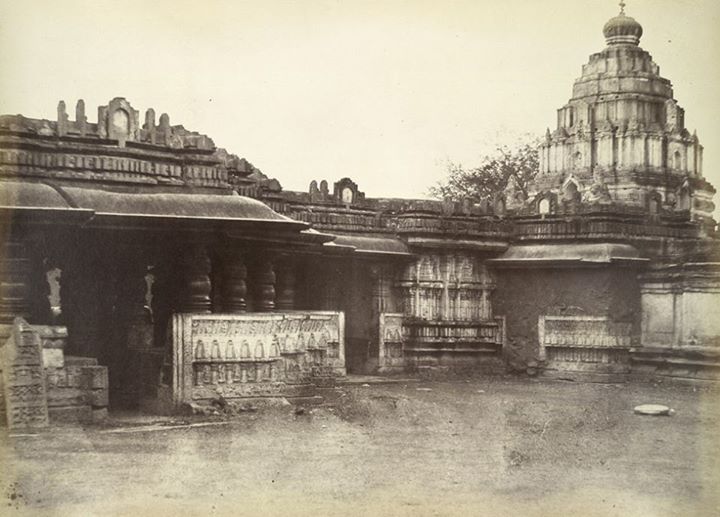 Photograph of the Hariharesvara Temple at Harihar, taken by William Henry Pigou in 1855. The town of Harihar is situated on the right bank of the Thungabhadra river. The Harihareshvara temple is located in a large compound which includes the main temple and several small temples. Outside the temple there are many inscription slabs. It seems that the temple replaced another in the reign of the Hoysala ruler Narasimha II, so it was built around AD 1225. The sanctuary faces east and is preceded by a closed hall with two side entrances and porches and an open hall, built on a stepped plan. The superstructure of the sanctuary is a recent addition. The parapet-walls of the porches are decorated with very fine carvings of small sculptures of gods. The great open hall has heavy bell pillars and its parapet is carved with figures of musicians and dancers. Within the shrine there is an image of Harihara, a divinity that represents both Shiva and Vishnu.

I think it is the temple of one of the founders of Vijaynagar empire, Harihar.