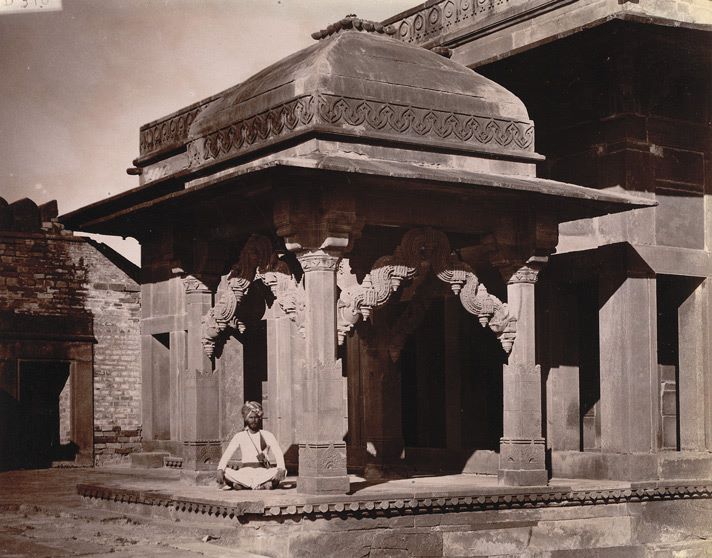 General view of the Astrologer's Seat from the Pachchisi Court, Fatehpur Sikri - 1893

Photograph of the Astrologer's Seat, Fatehpur Sikri, from the Archaeological Survey of India Collections, Edmund William Smith in 1893. The city of Fatehpur Sikri was built by the Mughal Emperor Akbar (r.1556-1605) between 1571 and 1585. This is a view of the the Astrologer's Seat, with the entrance to the hospital in the left background and the Ankh Michauli at the right. The Astrologer's Seat, situated in the south-west corner of the Pachisi Court, is a small kiosk with elaborately carved brackets developed from Jain designs. The use of the seat is unknown but it may have been used by the Emperor Akbar when observing his coins being counted, as the nearby Ankh Michauli was one of the imperial treasuries. The Pachisi Court is so-called because it is laid out like a giant Pachisi board, which is a game similar to Chess.

Thank you for putting all these wonderful photos up - this is one place we have actully been to...