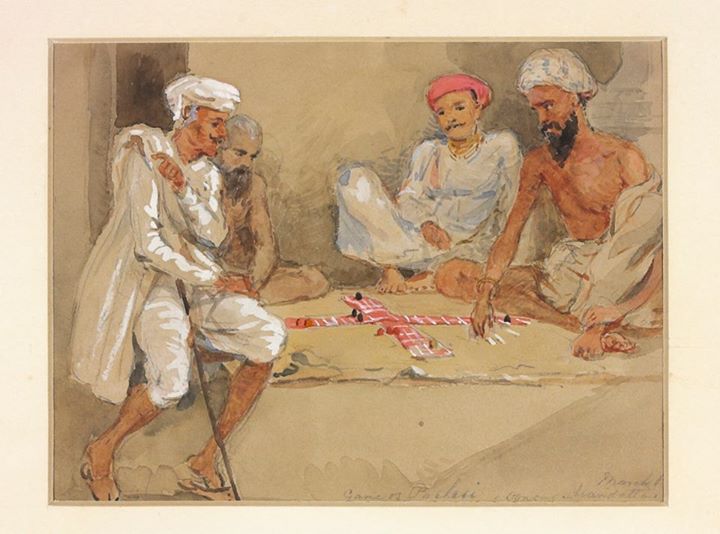 A game of Pachisi, India, 1855
Painting by a British artist William Carpenter

This painting shows four men playing pachisi at Mandhata. Pachisi (the Hindi for ‘twenty-five’) is a game of great antiquity played on a cruciform board with binary lots in the form of cowrie shells; the British game of Ludo is a derivative.

I love Carpenter's watercolours. The most sensitive and evocative of 19th c India.

There's an American variant, spelled "Parcheesi." I played it a lot as a kid.

It's also called pagade in Kannada; my granny, aunts and I still play this game.