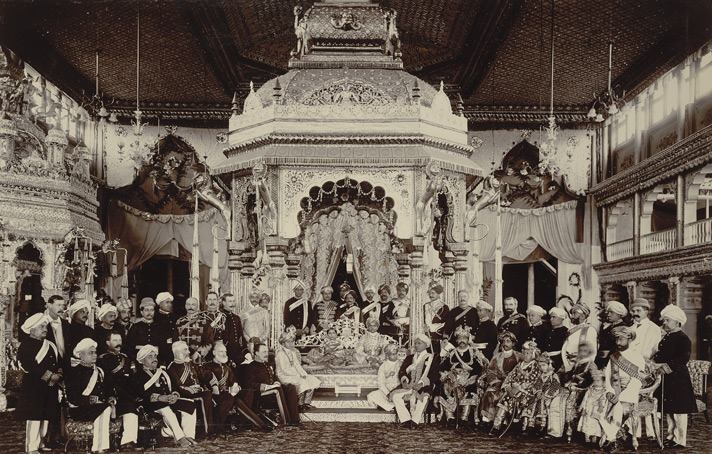 A national anthem is generally a patriotic musical composition that evokes and eulogizes the history, traditions and struggles of its people, recognized either by a nation's government as the official national song, or by convention through use by the people. In 1947, “Jana Gana Mana” was recognized as national anthem of India. But did you know, before 1947, every major princely state had its own state anthem which would be played on state occasions and sung in schools. These included “Gaekwadi” of Baroda state, “Jai Jai Maharaja” of Nawanagar, “Jai Bhawani” of Kolhapur, “God save the Maharaja” of Jammu and Kashmir, “Ya rab humare badshah ko” of Hyderabad. Most of these anthems were soon forgotten after the states were abolished. However, one state anthem still retains its popularity till this day and is a personal favourite of mine. “Kayo Shri Gowri”, the Mysore State Anthem.

Story of the Mysore state anthem:

In 1831, the princely state of Mysore was taken under British rule on pretext of maladministration. 1881, after much deliberation, it was decided that the state would be given back to the Wodeyars. The princely state of Mysore was reconstituted and restored to Maharaja Chamaraja Wodeyar by the "Rendition of 1881”. To commemorate this occasion, Maharaja Chamaraja Wodeyar asked Basavappa Shastry, the court poet of Mysore durbar, to compose a state anthem.

Image:
This photograph of the European Durbar at the Royal Marriage taken in 1900 by an unknown photographer, is from the Curzon Collection's 'Souvenir of Mysore Album'.A durbar is the court kept by an Indian ruler; a public audience or levee held by a native prince, or by a British governor or viceroy in India. This is a formal group portrait with Maharaja Krishnaraja Wadiyar and his bride Maharani Pratap Bai seated beneath the canopy in the durbar hall, with European and Indian officials gathered round.

I had a listen of the national anthem of Mysore. If reminds me of the tune of the song by Tagore: Anandaloke Mangalaloke Biraja Satya Sundara... See the link: http://www.youtube.com/watch?v=EwhOILSJyvA Even the Rig Veda mantras: Samgacchadhvam Samvadadhvam Sam vo manamsi janatam’ `Meet together, talk together: May your minds comprehend alike.’ (Rig Veda: 10,192) are sung in Bengal based on the same melody.

Yes, I remember that Tagore song. But what caught my eye, particularly in light of the lyrics of the Mysore anthem describing the goddess Gauri as "karuNa lahari" ( wave of compassion ) was the tiger skin at the foot of the Maharaja's throne. That tiger was probably hounded by an army of "beaters" armed with torches and drums, and cornered before being destroyed. And then skinned and displayed at the feet of this throne-warmer to symbolize his "courage" and "greatness." The universal tragedy of humankind is that we fail to perceive the glaring contradictions between the qualities we elevate and worship -- and the way we go about gratifying our egos.

The anthem started with: Kayo Shri Gauri Karuna Lahari…” The Tagore-song “Anandaloke Mangalaloke…” first appeared in the Bengali magazine Tattvabodhini Patrika in Phalgun, 1299 – (around 1892), but it was sung in the 63rd annual festival of the Brahmosamaj in 1891. Saraladevi Chowdhurani in her memoirs, “Jibaner Jharapata” (The Fallen Leaves of Life, p. 33) says that she always collected new songs wherever she went and learnt the tune in her voice to present them to her Rabimama (Rabindranath Tagore). In this way some songs like “Kon alo-te praner prodip jvaliye tumi dharay aso…” or “Jodi tor dak shune keu na ase tabe ekla chalore…” or “amar sonar bangla ami tomay bhalobasi” were written and set to tune. When in Mysore she learnt the national anthem, she similarly picked up this one and some other songs to present Tagore. In this way the song “anandaloke mangalaloke biraja”, “E ki Labanye purna pran” , “Chirabandhu chirasakha” and “Eso he Grihadevata” were written. I thank my friend Saurav Bagchi very much for giving us this information.

Thank you so much, listening to the song now.