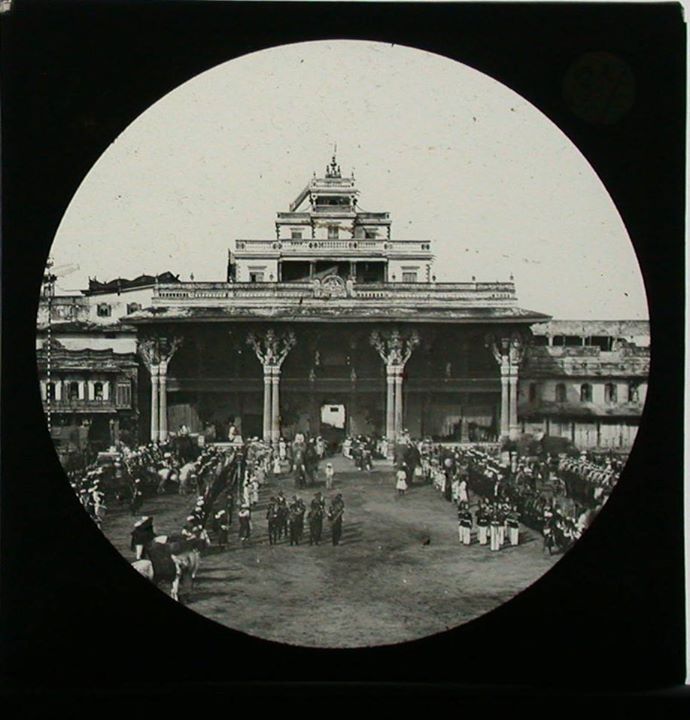 It was the seat of power for Krishna Raja Wodeyar the third who ruled from 1799 until 1868. The design, typical of Hindu architecture, uses a simple column-and-beam structure. The columns however, were elaborately carved in the style commonly found in Mughal, or Persian, courts. The ground floor an open common space, was where the family members could move freely. It is sometimes referred to as the children’s gallery, perhaps because this is where they could run around and play.

The first floor was the Durbar, the grand reception hall – place where the king would conduct his business of the day, receive guests of state and entertain dignitaries. It is the venue where where major celebration would occur. According to a report documented in the Mysore Gazette, the hall was 65 square feet and had a raised centre in the ceiling. Apart from the floors which were a mix of plaster and mortar, the entire palace was made from wood. In 1897, during wedding celebrations of Princess Jayalakshmi Ammani, a fire in the kitchen blazed out of control, and the palace was almost completely destroyed. Only the temple of Atmavilas Ganapthi was left standing, and this was incorporated in the new building. Queen Vanivilasa Sannidhana, who was then the regent, wasted no time in commissioning a new palace to be built on the foundations of the old. No expense was spared in installing whatever was necessary, to make it fireproof, she wanted to ensure that this palace would last, and so it has.

It is a beauty of art & architecture, had been there.