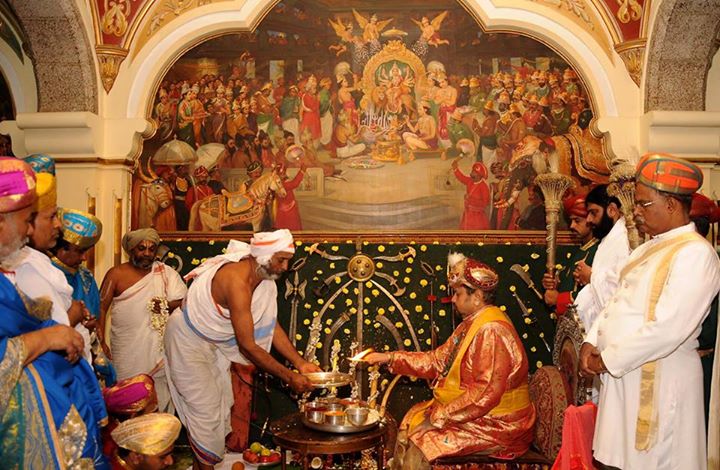 Wodeyar will be remembered as a prince who made every effort to keep himself and his family relevant in the ever-changing times.

The annual Dasara celebrations in Mysore will perhaps never be the same again. For many in my generation, who did not have the privilege of witnessing the grand Durbar of the last maharaja of Mysore Jayachamaraja Wodeyar, Dasara in the palace meant visuals of a bedecked scion ascending the resplendent throne that had been handed down the centuries to the dynasty, supposedly from the Pandavas.

This was perhaps one of the few occasions when the people of Karnataka and outside got a glimpse of the mild-mannered and laconic Srikantadatta Narasimharaja Wodeyar, who died of a cardiac arrest in Bangalore on Tuesday.

To family loyalists, he represented that last link with a dynasty that ruled over a significant part of southern Karnataka—the erstwhile Mysore State—for close to 600 years. The Karnataka government has declared a state holiday on Wednesday and two days of mourning as a mark of respect to the former maharaja.

To many people in this part of the country, the Wodeyar dynasty still symbolizes a standard of governance and administration that has been sadly lacking in many a democratic government of Karnataka. The high degree of industrial progress, social reform and the cultural melting pot that Mysore state became under the benevolent maharajas and their able dewans, laid the foundations of a modern state.

After all, it was under the Wodeyars that Bangalore became India’s first city to be electrified in 1905, the first province to provide a representative system of governance to people, extending voting franchise and education to women, reservations to backward castes, the largest reservoir of Asia created in the form of the KRS Dam—numerous such progressive measures that without doubt made modern Karnataka what it is today. So much so that even Mahatma Gandhi openly wondered if a province as prosperous as Mysore needed freedom and compared it with the mythical Rama Rajya—the ultimate utopian state.


Vikram Sampath is the Bangalore-based author of Splendours of Royal Mysore: the untold story of the Wodeyars.

Amba Vilas is such a beautiful palace....the paintings and the frescoes are just incredible!

The monarch system of government is the best, I'm not a fan of so called democratic system. Thailand is democratic, looked at the mess.

Sad end to such a great Legacy !!! May Ma Chamunda bless his soul !!!

sad to hear about the maharaja but does he not have any children...???

Good man, he was. Decent, unassuming and dignified. So..a long line of an enlightened A good man he was. Unassuming, cultured and decent. A long line of enlightened Rulers he represented as best as the changed circumstances permitted. He will be missed by many.