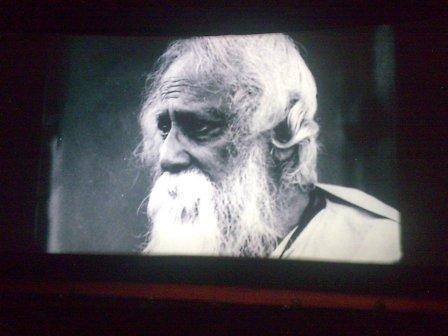 Rabindranath Tagore is a 1961 black-and-white short film directed by an Indian director Satyajit Ray on the life and works of noted Bengali author Rabindranath Tagore. Ray started working on the documentary in the beginning of 1958 and it was released during the birth centenary year of Rabindranath Tagore, who was born on May 7, 1861. Ray avoided the controversial aspects of Tagore's life in order to make it as an official portrait of the poet. Though Tagore was known as a poet, Ray did not use any of Tagore's poetry as he was not happy with the English translation and believed that "it would not make the right impression if recited" and people would not consider Tagore "a very great poet", based on those translations. Satyajit Ray has been reported to have said about the documentary Rabindranath Tagore in his biography Satyajit Ray: The Inner Eye by W. Andrew Robinson that, "Ten or twelve minutes of it are among the most moving and powerful things that I have produced"