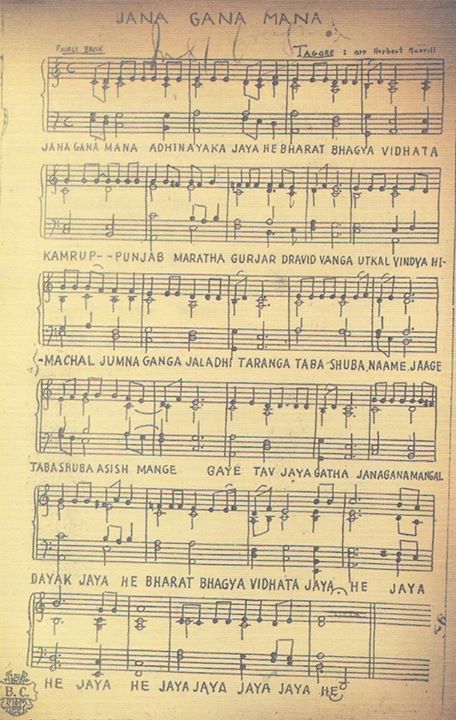 A friend of mine recently forwarded me an email chain that aims at mobilizing support to substitute Jana Gana Mana with Vande Mataram as India’s National Anthem.

And as far as the contrived Jana Gana Mana controversy is concerned, I would urge everyone to study Tagore more extensively before jumping on the bandwagon or making unsubstantiated pronouncements.


1. The email chain that I am referring to, ill motivated as it might be by crass jingoism and right wing propaganda, has as its basis extremely limited knowledge of, or familiarity with, the life and works of Tagore.

2. Further it also reflects a false reading / understanding of history – rather I fear a deliberate attempt at distorting it.


I shall take up the two issues one after the other and for this, I refer to writings by Dr. Monish R. Chatterjee (University of Dayton, Ohio), Dr. Pradip Kumar Datta (Delhi University). Prof Amardeep SIngh and writings of Prof Amartya Sen and host of other Tagore Scholars.

Anyone even moderately informed about the life and works of Rabindranath Tagore cannot have the slightest doubt about the greatness of this towering figure of human civilization and culture, measured by any standard anywhere in the world.

Despite belonging to probably the most “elite” family and lineage of his time, Tagore used every fruitful moment of his long creative life to understand, empathize with, and defend the history, culture, and people of India. His sincere belief in India's crying need to be freed of colonial oppression has been expressed profoundly and eloquently in vast and profuse areas of his writings, some of which can be traced back to his late teens and early twenties! Further, Tagore was a very proud (including of his heritage) man and he could well afford to be so. He had deep-seated disdain and contempt for colonial rule and rulers, although he had the highest regards for European civilization and culture.