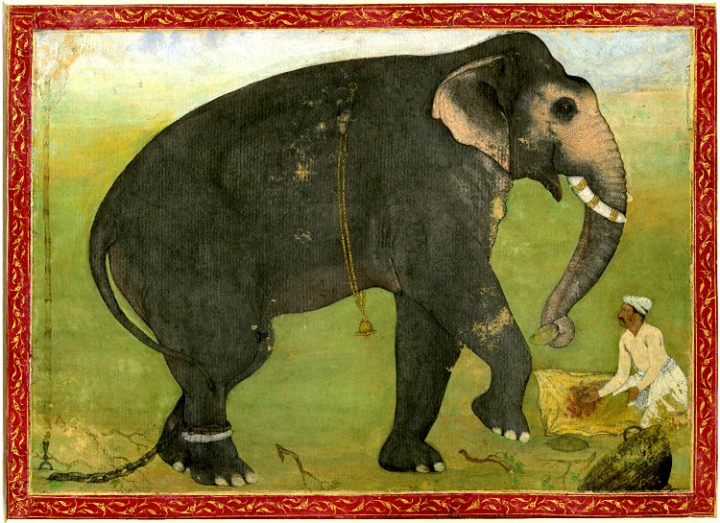 Depending on its size, each elephant in the royal Mughal stable had between two and five servants responsible for its care and feeding. In the reign of Akbar (1556-1605), 101 elephants were chosen for the emperor's use. In addition to grass and leaves, they were fed a mixture of sugar, butter, rice and sometimes milk spiced with chillies and cloves.

Or it could be "Hawai" - that grand elephant which Hemu fell off & then Akbar brought him into his filkhana. Akbar knew all his hundred+ elephants by name - Gajpati, Ran Bhirun, Chitranand, Udiya, Ran Bagha etc.