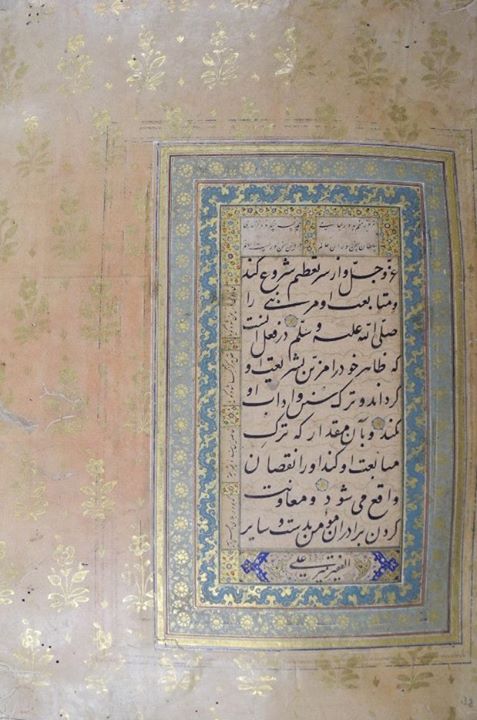 Digital Rare Book:
A History of Persian Language and Literature at the Mughal Court (Babur to Akbar)
By Muhammad Abdul Ghani
Published by The Indian Press Ltd., Allahabad - 1929

Mir 'Ali of Herat was a prolific master of Nastaliq who lived in Mashhad and Herat under the Timurids and after the Safavid conquest in 1506. When Herat was occupied by Uzbaks in 1529, he was taken to Bukhara and lived there by his death in about 1545. His works was admired and collected eagerly by several Mughal rulers in albums such as the Kevorkian Album (New York, Met; Washington, DC, Freer) and Berlin Album(Berlin, Staatsbib. Preuss. Kultbes., Orientabt.) containing many calligraphy pieces of him illuminated in the court of Mughal rulers. - MacMillan Dictionary of Art (1996)