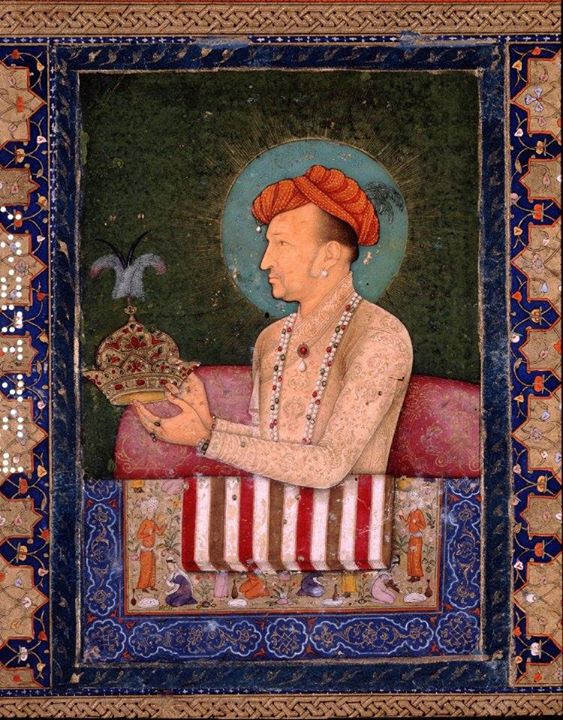 The history of the reign of Jahangir depends almost entirely on the memoirs written by himself or under his directions. It has long been known that there were different works claiming to be autobiographies of Jahangir. Wakiat-i-Jahangiri was an important attempt which Sir H. M. Elliot undertook with the help of some other famous writers. He gathered the selected informations from the original memoirs (Tuzuk-i-Jahangiri) and compiled them in a very
concised form giving the whole picture of the reign of Jahangir.

The crown in his hand looks like the one taken by Col. Tytler from Bahadur Shah Zafar in 1857 and presented to Queen Victoria...

Perhaps the one taken by Nadir Shah??

Good observation - wonder if it is