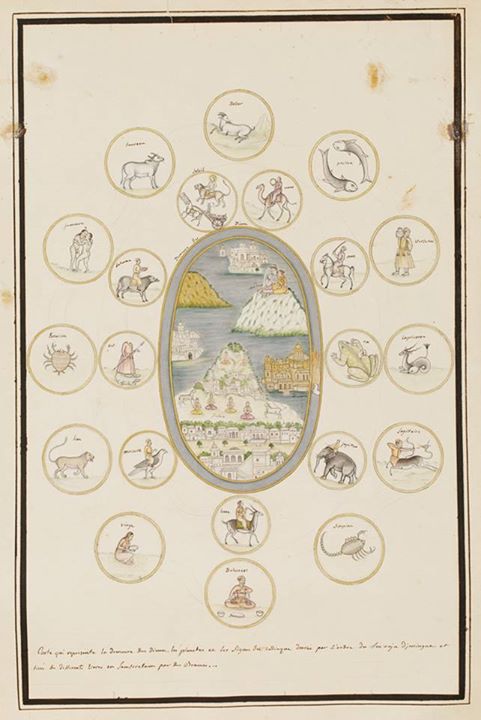 Numerous pamphlets in English on Hindu Astrology, having appeared of late, the pubUcation of this Edition seems to be a superfluity and calls for a word of explanation.

Almost all the works extant treating about Astrology are, more or less, verbatim translations of the original Sanskrit works. The student is asked simply to note-down the methods of calculation without any explanations as to what the various figures in the calculations represent. Instances are not a few in which an Astrologer has been able to prepare calendars for a series of years by merely working out the formulas without himself knowing the meaning of an intercalary month. One of the beneficial results of the advance of education has been, as one of the eminent civilians presiding at a prize distribution in a college lately said, to make men inquisitive in its best sense. English students of Astrology often come in contact with technical words and methods of calculation even when they take up the most elementary books on Astrology so much so that an elementary knowledge of the arrangement of the heavenly bodies and Astronomy is absolutely essential.

Various students of Vedanta have also found, that in the study of the creation of the world and other matters connected with the Hindu ceremonies a knowledge of Astrology and Astronomy is necessary. The object of this book, which is to form the first of a series, is therefore, chiefly, to give a brief description of the various technicalities which occur in every work on Astrology, and the positions of the planets etc, in as simple a language as possible avoiding technical terms. In doing so the author does not aim at any display of scholarly knowledge of either Hindu Astrology or Astronomy. As a zealous student of the subject for some years having himself experienced great difficulties in understanding the subject he has ventured to publish the following pages with a hope, that they may serve as a guide to others similarly circumstanced, who may have a fancy for the subject and yet may have given up its study for want of suitable books which explain the technicalities. I fear I may be criticised as being unduly callous in attempting at publication, with but a smattering knowledge in the language as well as the subject but I close my preface with the following words of Cardinal Newman which I hope will fully meet the public criticism.

" Wholesome as public opinion is as a principle, it has
in common with all things human, great imperfections and makes many mistakes".

If I am charged with being shallow on the one part or off-hand on the other, if I myself feel that fastidiousness at my own attempts, I shall console myself with the reflection that life is not long enough to do more than our best, whatever that may be : that they who are ever taking aim make no hits ; that they who never venture never gain ; that to be ever safe is to be ever feeble ; and that to do some substantial good is the compensation for much accidental perfection.


Image:
The dwelling places of the gods, the planets and signs of the zodiac, compiled for Jai Singh, taken from various Sanskrit texts.