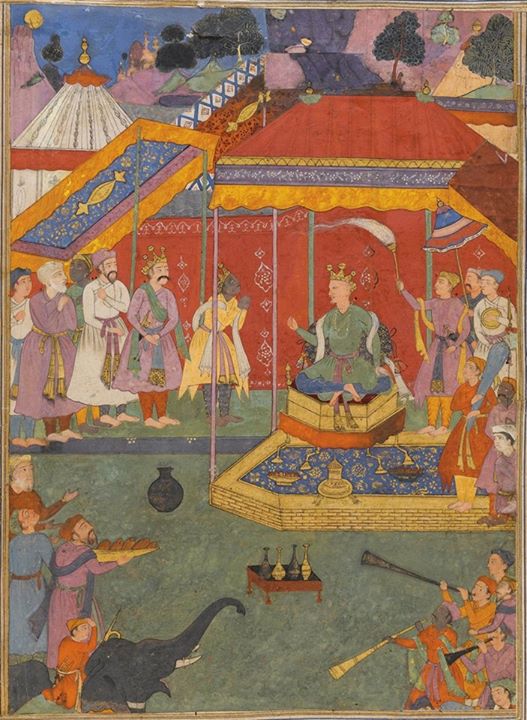 The Jeypore Exhibition of 1883 was regarded as among the most important industrial exhibitions of 19th century, where specimen of the best art work of India was curated. Credited to the arduous efforts of Thomas Holbein Hendley, a British officer in the princely state of Jaipur, the Exhibition was primarily an attempt to showcase local skills.

A permanent ‘memorial’ of the Exhibition was produced as a four-part set of illustrated volumes, authored by Hendley and commissioned by the visionary Maharaja of Jaipur.

The first volume contained a number of chromolithographs and a general description of the plates in the first three books of the set. The second and third volumes contained 100 photographs of Indian art work, while Volume IV also included reproductions in platinum of the illustrations of Emperor Akbar’s own copy of the Razmnama, the Persian epic. Published by W.H. Griggs, some sets were presented to leading museums of the world, and very few copies were sold. This facsimile edition of a rare copy of Volume I, preserved at Jawahar Kala Kendra in Jaipur is now published to recreate those splendours documented by Hendley, for modern-day scholars and connoisseurs


Image:
AN ILLUSTRATION FROM THE RAZMNAMA: YUDHISHTHIRA AND HIS BROTHERS ASK BHISHMA FOR HIS PERMISSION TO FIGHT, BY YUSUF 'ALI, MUGHAL, INDIA, 1616-1617

Gouache heightened with gold on paper, depicting a ruler enthroned beneath a canopy and surrounded by courtiers, attendants and musicians, the reverse with a text panel of 20 lines in naskhi script and a miniature (11.3 by 20.2cm) of Yudhisthira departing for a battle riding an elephant.