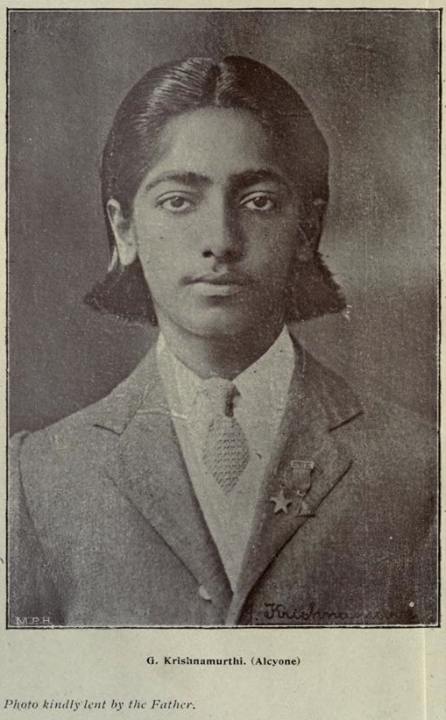 This book is published with a view to assist Mr. G. Narayaniah to pay the heavy costs of the trial instituted by him in the High Court of Madras for the recovery of his two minor sons ”G. Krishnamurthi and G. Nityananda” from Mrs. Annie Besant. The appeal which is appended, explains why funds are needed and shows the true position of Mr. Narayaniah. Mr. C. P. Ramaswamy Iyer, the Counsel for the Plaintiff, has kindly read the proofs, and he vouches for the
fact that the book contains a full, although necessarily condensed, account of the now famous trial of, "G. Narayaniah vs. Annie Besant." And he writes to say: "Whatever may be the opinions of the reader on the questions involved in the case, there is no doubt that Veritas has succeeded in producing a fascinating human document which will be of absorbing interest to the student of human psychology and human belief. As Counsel who appeared in the case, I can say that the book sets down, ' naught in malice and naught extenuates,' and I write this as a testimony to the accuracy of the report and to its being an unbiased account of the proceedings." As the book contains nothing that has not already appeared in the magazines of the Theosophical Society and in the proceedings of the Madras High Court, it should be of use to Theosophists as well as to the general public.

The printing does the Vokkaligara Sangha Press much credit and thanks are due to it.

Could someone throw some light on the medallions on the lapse. Simple curiosity.

Maybe...the Organisation he represented: Order of the Star in the East.